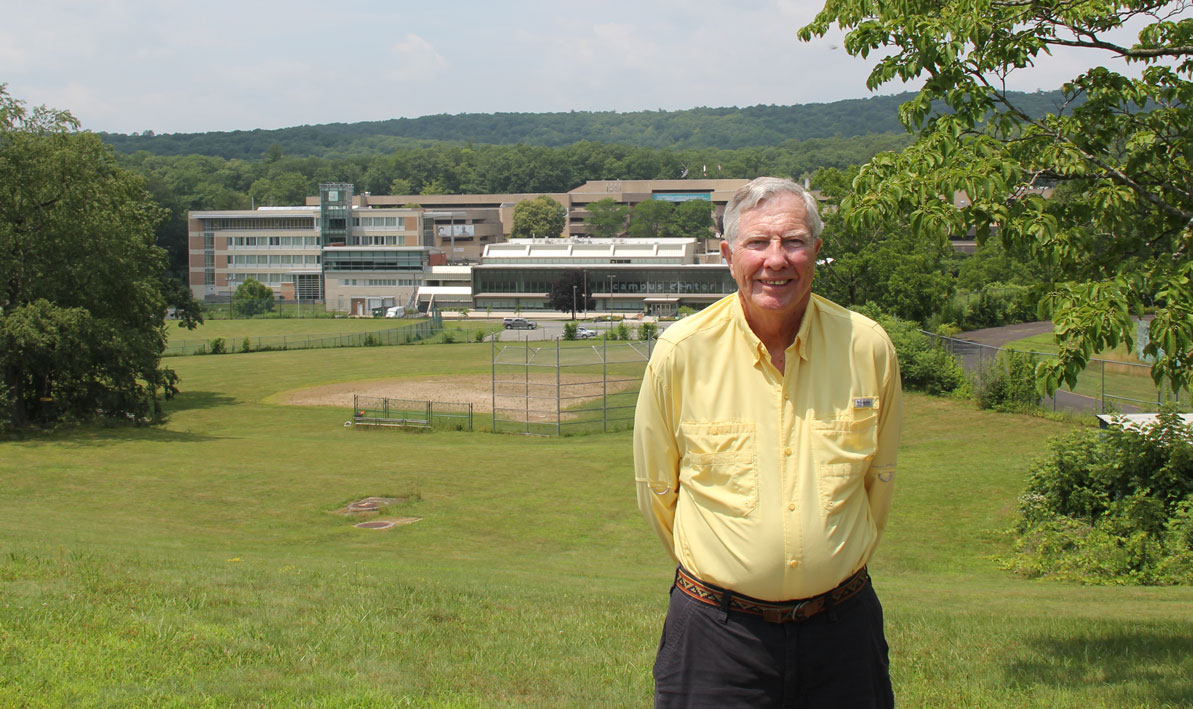 This story also appears in the Spring 2022 issue of The Connection, the HCC college magazine.

"My grandfather bought this land in 1903. The original farmhouse burned around 1905. The second was a discontinued school. It's still there on Homestead Avenue, last house you come to before you start down the hill toward Westfield Road. My father was the youngest of six, three boys and three girls, and they all lived in that farmhouse. As they each got married, they would move out.

I was born in 1946. When I was a kid, this was the country. Holyoke was industrial down by the dam and all through that area with the mills. Most of the people lived in apartment blocks.

We lived down in the city. We didn't have a car, so my father would bring the milk truck home. Around 3 or 5 o'clock in the morning, when my mother was sick of me and there was no school, she'd say, get in the milk truck and go to the farm. When you're growing up, everybody works on the farm.

By the time I knew anything, my uncle Neil, my uncle Michael, and my father ran the farm. At one time they'd had about 60 cows, but by then it was 30-40.

I would go there many days with my father. In the spring, when he would harrow the ground to plant corn, my job was to pick up the big rocks and put them in a pile. He used to say, this land grows rocks better than it grows crops, and it's true. It's all rock in here. There were two fenced pastures and two stone stockades down where the baseball field is now, where previous owners maybe kept sheep. The pastures were like golf courses, with a lot of rocks and a lot of cow pies.

The cows kept the grass short, and they didn't cross the brook that I ever saw.

Tannery Brook was a little bit bigger then. My father used to trap all through here. Beaver, fox and a few other things you could get paid for. My father told me he used to dam the brook when he was kid and put trout in there.

As kids, we roamed all over. You didn't have to worry about someone saying get out of my yard or get off my land. We could do anything we wanted as long as we didn't disturb the cows. 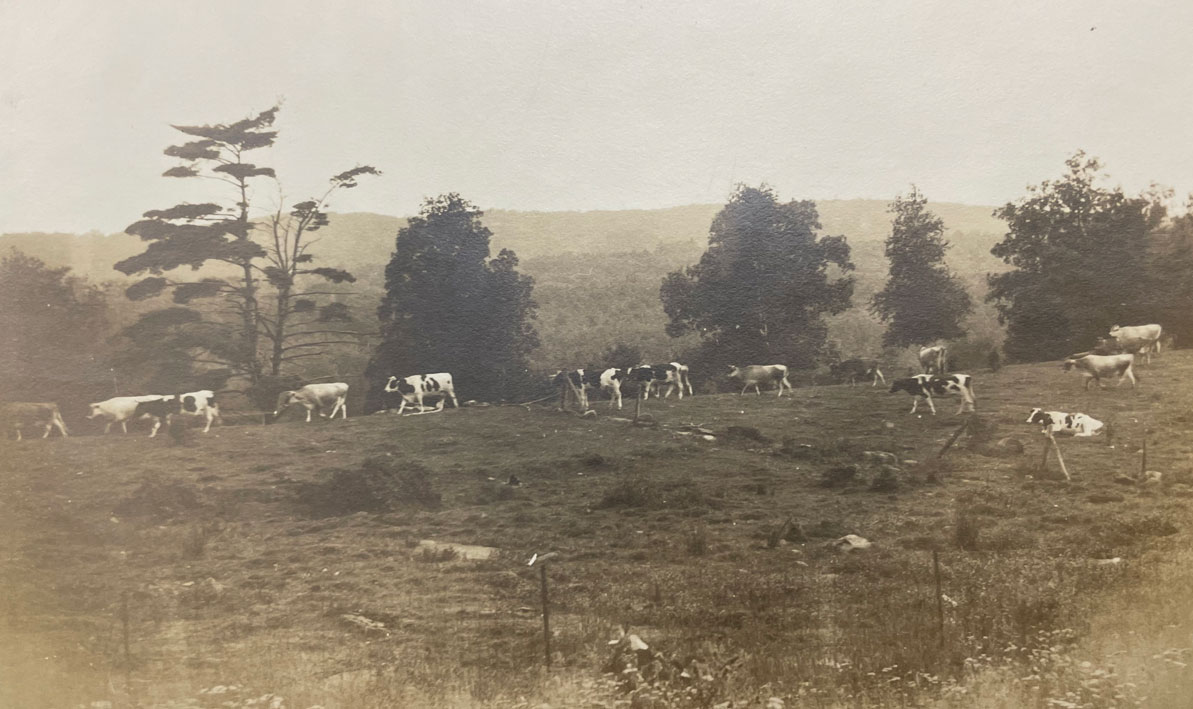 We'd go camping up on the mountain. From the ridge you could look down into Rock Valley. The trees were nothing like they are today. They're all grown up now. In 1957, the barn burned down, and 30-something cows were burned up.

That was the end of the farm, but the land stayed in my family til 1968 when the city bought it for the college.

I started as a student at HCC in 1971 for criminal justice. That was after the fire downtown. We took classes in the interim building the city had built where the Holyoke Senior Center is today. The college administrative offices were in there and some classrooms. We also used the Elmwood School building on South Street. That's gone now too.

I was there until was there until I graduated in 1974. Then I went to UMass, and George Gaudette hired me to teach part time at HCC in the Criminal Justice department, which had started about 1970.

When they were building the college on the old farm land, I used to come over on occasion and watch them working. After they were done for the day, a gentleman who lived at the end of George Frost Drive would come along with this little wagon and dig around looking for dinosaur tracks. He'd donate them here and there. You still see them all around Holyoke.

I was always around because I never lived that far away. When I retired from the Mass State Police, I started coming to the gym in the Bartley Center. Then I joined the Alumni Council.

It seems like this is a place I can always return to. I've had use of this land my entire life, and I've been here a lot. I get a good feeling. I know this place."

Jim Sheehan still lives in Holyoke, not far from HCC.