'"These days a college education is more important and valuable than ever." – Jim Izatt '59 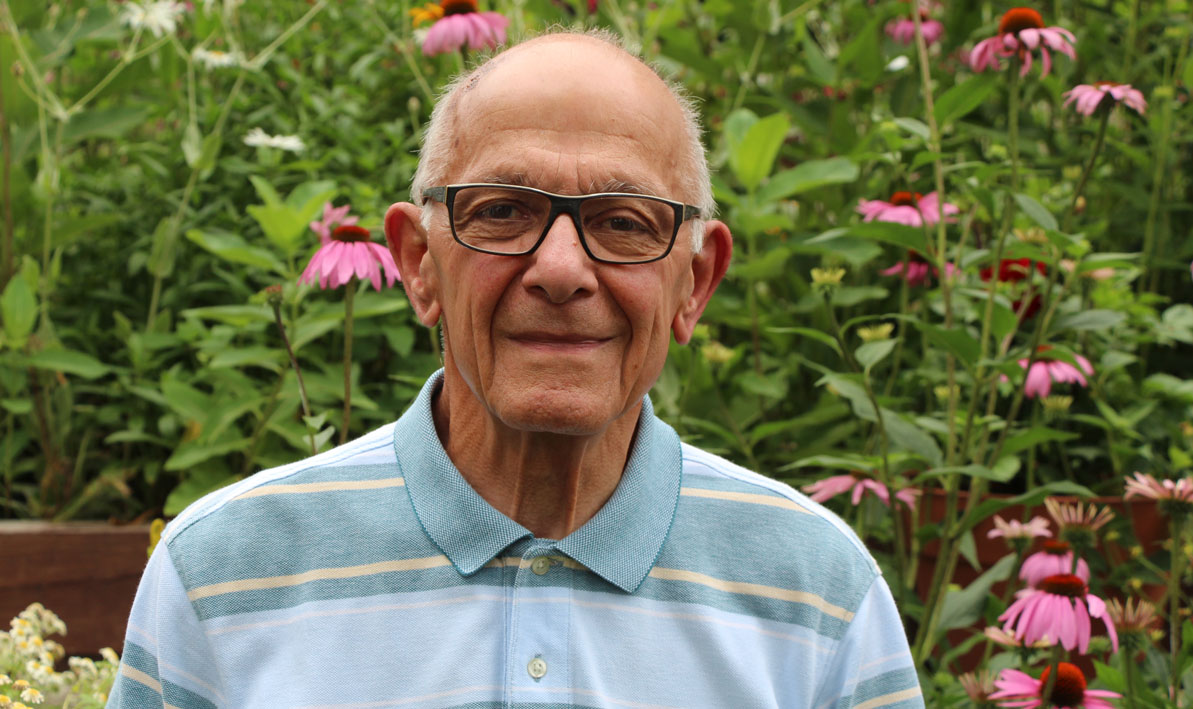 Editor's Note: This story also appears in the Fall 2021 issue of HCC's alumni magazine, The Connection.

As a student at what was then called Holyoke Junior College in the late 1950s, Jim Izatt '59 served as a volunteer monitor in the college library, fielding questions, helping patrons find research materials, and checking out books.

That work, and a previous job as a page and book shelver at the Mount Holyoke College library, fueled Izatt's passion for libraries and a five-decade career in the field.

"The search for information, seeking answers to all kinds of questions, and discovering and learning new things has always intrigued, motivated and satisfied me," said Izatt.

Before his retirement in 2018, Izatt worked as a librarian for 50 years at the Worcester Public Library, his last 27 as head of the sub-regional Worcester Talking Book Library, which provides audio, braille and large print materials to individuals who are blind or visually impaired.

Izatt knows firsthand how important libraries are to students in their quest for knowledge and a college education, and he wants to make sure others have the same opportunities he did to use them.

To that end, Izatt has been a faithful supporter of Holyoke Community College and its mission. He has endowed an annual scholarship through the HCC Foundation in memory of his parents and funds the HCC Library's annual BUILD Research Competition. (BUILD stands for "Better Use of Information and Library Databases.") He also recently created an estate plan that will one day establish a series of new scholarships for HCC students.

"These days a college education is more important and valuable than ever," said Izatt, "particularly a liberal arts education, which affords exploration of a wide variety of subjects and opens a vast horizon of learning experiences, given the many complex societal, economic, political, and scientific challenges this and future generations are and will be facing."

Izatt said he was inspired to support the college after reading the "Spotlight" stories on the HCC website featuring students who have furthered their educations after graduating from HCC.

"These students are working so hard, and I learned a lot about their backgrounds and the hardships and difficulties and challenges they faced," said Izatt, who lives in Worcester. "These stories very profoundly brought home the need to do something about supporting educational efforts."

"His support of both programmatic initiatives and scholarships is inspirational, and we hope the example he has set will motivate others to make a similar impact at the college," Carpenter said.

Izatt's planned gift will establish a series of scholarships – half for students with demonstrated financial need and half based on academic achievement – that will help change the lives of HCC students for generations to come, Carpenter said.

"These scholarships, which have a preference for students of color, will help the college advance its equity work while providing students access to an exceptional education," Carpenter said.

In establishing the planned gift, Izatt said he felt it was important to support underserved populations, especially students from low-income families and marginalized groups who might not otherwise be able to afford the costs of college.

The annual BUILD Research Competition he supports also resonates with Izatt since his entire professional career was centered on libraries. The competition rewards students who show exceptional skill and creativity applying library resources to a re-search project. The first-place winner receives $250 each year; the runner-up $150.

In 2018, Izatt established the Helen M. and James E. Izatt Scholarship in memory of his parents. He notes that neither of them completed high school, though they firmly believed in the importance and value of education and demonstrated an impressive work ethic throughout their lives. After graduating from HCC with his associate degree in liberal arts, Izatt earned his bachelor's degree in Spanish language and literature from the University of Massachusetts and a master's degree in library science from the University of Denver.

"Through their hard work, economic sacrifices and encouragement I was able to go to college and earn the degrees I received," Izatt said. "Establishing these scholarships in their memory and honor is a small way of saying, 'thank you' to them and making it possible for an HCC student to become a nurse, which was one of my mom's hopes, or a chemical engineer, which was one of my dad's ambitions."