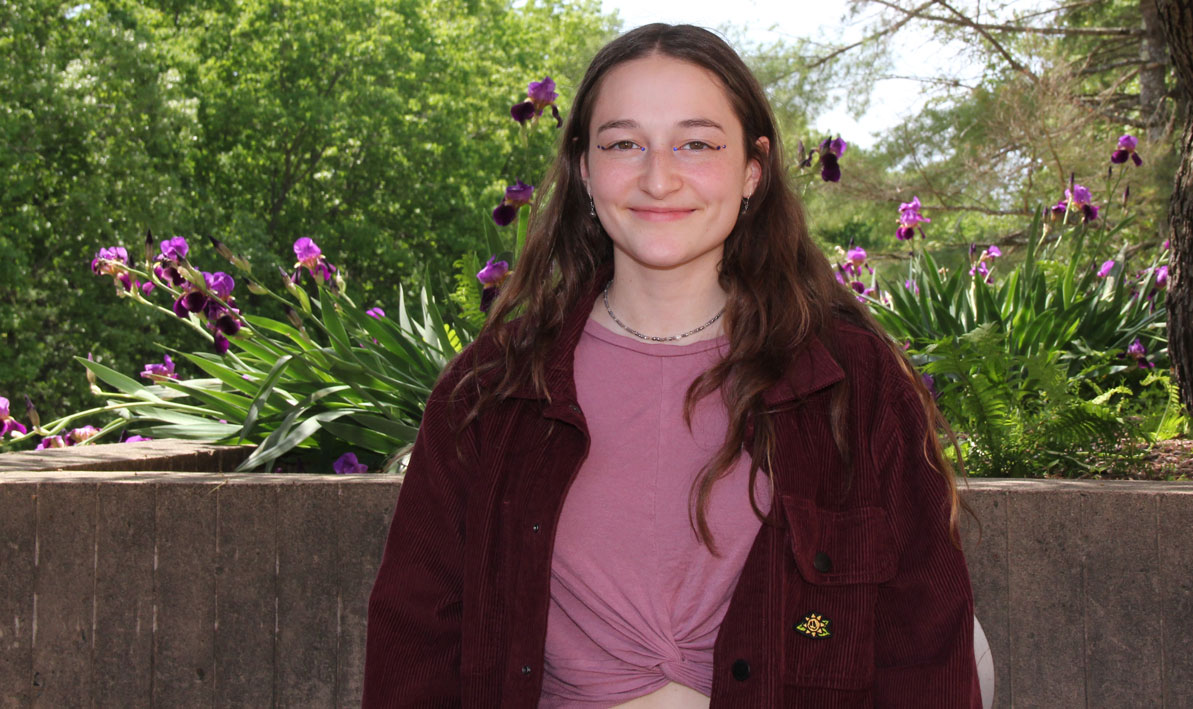 No one would ever accuse Kala Garrido of apathy.

In September 2019, as a volunteer coordinator, she helped motivate hundreds of youth from western Massachusetts to skip school and travel to the state capitol for the Boston Climate Strike. There, bullhorn in hand, Garrido gave an impassioned speech on the steps of the State House in front of the thousands gathered that day to plead for environmental action.

"I grieve for the destruction of our planet and its inhabitants," she said. "I'm scared and angry. I feel I do not have a say in my own future because world leaders have failed to properly address the climate crisis that threatens everything I know and love and all I could ever dream to be."

At the time, Garrido was just getting started as an activist, lobbyist, and organizer fueled by passions for the environment, racial justice, and police and prison reform. She was 15 then, a ninth-grader at Hampshire Regional High School whose resume would soon include work for groups like the Massachusetts Climate Education Organization, the Sunrise Movement, Our Climate, the Massachusetts Youth Climate Coalition, and Northampton Abolition Now.

The deeper she got into organizing, though, the more difficult she found concentrating on her high school classes.

"I just really wasn't interested in what I was learning," she said.

Garrido found new inspiration in the course catalog of Holyoke Community College. One class in particular grabbed her attention: "Pathologies of Power: The Neoliberal Attack on Democracy, Freedom and Equity," a six-credit honors colloquium that combined politics, Latinx Studies, women and gender studies, and other subjects more aligned with her activities.

"I was determined to take that," she said.

The following semester, Garrido, then a high school junior, enrolled at HCC as a dual enrollment student. Now 18, the Haydenville resident collected her diploma from Hampshire Regional High School on Friday, June 3. A day later, she graduated from HCC with high honors and her associate degree in critical social thought, a new major at the college.

"Kala is the first student at HCC to graduate under this program," said professor Jessica Hill, the program coordinator. "I think it is safe to say that many faculty members within the department were very impressed with Kala's performance. She really is an exceptional person and student."

"The imposter syndrome was really bad," she said. "I was like: I don't belong here; they're gonna discover I'm not a good student; I'm gonna fall apart and just suck at school."  Of course, that didn't happen.

She credits her "Pathologies of Power" instructors, professors Raúl Gutiérrez and Vanessa Martínez, for building her confidence during her first semester. "I'd never written a 20-page research paper before or anything like that," she said. "They were very supportive and helped me through it."

Over the next two years, Garrido found success in other classes that appealed directly to her sensibilities: "Is Prison Necessary? Reimagining Incarceration," "Fight the Power: History and Stories of Workers Resistance in the United States," "People and the Environment," "Latinx Politics," "U.S. Women's History."

In fall 2021, she was inducted into the Phi Theta Kappa honor society. In May, she received the 2022 Award for Excellence in Economics and the Alice Guimond Award for History as the top student in those subjects.

While Garrido had cut back on her organizing activities during college, she never stopped completely. She spent two weeks last summer living at a resistance camp in northern Minnesota protesting the Line Three oil pipeline that runs through indigenous lands.

"It violates a number of treaties the U.S. government made with the Anishinaabe and other tribes," she said. "It's a tar sands oil pipeline, which is one of the dirtiest forms of fossil fuels. The pipeline has already had spills. It's just really destructive."

This summer, in addition to working at Bread Euphoria in Haydenville, rock climbing, and roller skating – "my other big passion" – she'll be helping to facilitate a political education course for middle and high school students that is taught online through an organization that prefers not to be named publicly.

"We talk about how various crises we experience, like police brutality and the COVID-19 pandemic, intersect with capitalism. I'm very excited," she said.

In September, Garrido will continue her education at Commonwealth Honors College at the University of Massachusetts Amherst, where she will study social thought and political economy.

"I chose STPEC because it's all about applying what you're learning, which I think is super important," she said. "I don't want to get caught up in theoretical ideas about organizing and just argue about the best way to do it in some academic sense. It's important to apply it to everyday life. There's a lot of cool organizing that happens at UMass that will allow me to continue the work I've been doing."

Long term, she's looking toward a career in higher education.

"I want a job where I can keep doing organizing work," she said. "I want to be a professor because of the impact professors have made on my own life. It's been really transformative. It's not the greatest moneymaker, but that's not really my goal."