'a la Mode' tops all 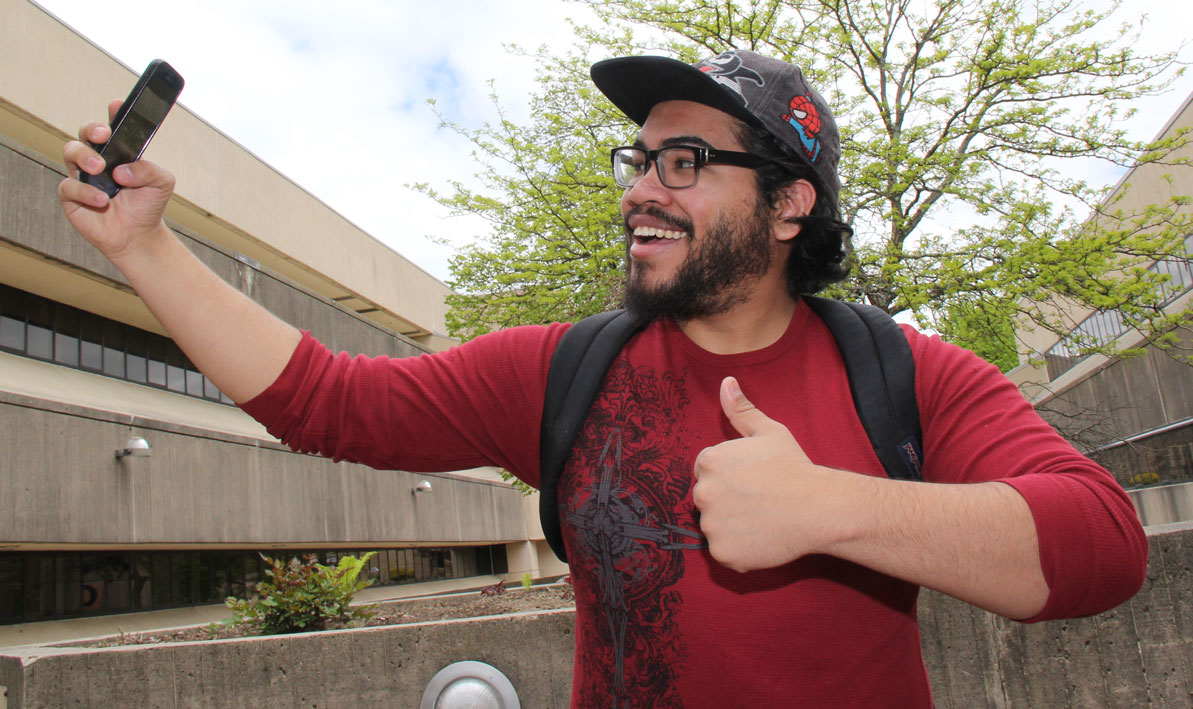 As a fledgling filmmaker, Tom Roche once tried to recreate an iconic scene from the original "Saw." In the opening moments of that horror film, two men awaken to find themselves chained by their ankles in a dank room. Over the course of the film they must confront several unpleasant options, including starvation, murder, or self-amputation.

In his version, Roche used an old shirt to lash younger brother Kenny to a bedpost.

As part of the competition, contestants all had to incorporate the same prop — an ice cream cone — and the same line of dialogue: "Here we go again." Each team was assigned a random genre. Roche had to make a spy movie.

"There were so many things I wanted to fix and make better, but that was part of the challenge," said Roche, who majored in Communications, Media and Theater Arts at HCC. "Seven days and you're done. You can't be a perfectionist about it, which is sometimes the issue with art — you feel like you're never done with it."

Roche, now 22, is the second student from HCC to win the NCTV film contest in the past two years. Last spring, HCC student Brianna Craven of South Hadley won the "7 Day Film Sprint" with her short dystopian movie "Dead Awake."

"I am very proud of these guys," West said.

A lifelong film buff, Roche discovered a love for stage productions as a student at Holyoke High School. "I started doing musicals," he said. "I did ‘Legally Blonde' and ‘9 to 5.' Musicals are cool, but I can't sing."

Roche started as a Creative Writing major at HCC but shifted to CMTA to study both film and theater. He had a part in the HCC Theater Department's Fall 2014 production of "When the Rain Stops Falling" and literally played a sandwich — in a dream sequence — in the Fall 2015 production of "American Hero." He also directed a one-act play at HCC called "Hamlette," a parody of Hamlet with a female protagonist, and played a TV set in another one act play.

For "a la Mode," he did, with help from his film and acting troupe: Melany Sandoval-Rivera, a 2017 HCC graduate now at Westfield State, and former HCC theater student Darrius Johnson, Roche's younger brother Kenny, now 18  and a senior at Holyoke High, and a few other friends.

In the movie, the mandatory prop is featured in the opening scene, as a man falls to the floor dead after helping himself to an poisoned ice cream treat. Roche plays super spy Jim Bland as he investigates the murder. Along the way he is assisted by his technician "B," who works at Staples, and a high-tech talking bicycle called "Pepper" that Bland has to pedal in pursuit of a villain, leading to a crash and the mandatory line of dialogue, "Here we go again."

It's all tongue in cheek. In fact, the credits list co-producers "Tom Roche" and "Tom Foolery," his alter ego.

"I love the Austin Powers films, so I was trying to find ways to take these movie tropes and turn them on their heads," Roche said. "I always put a little bit of comedy in whatever I do."

Roche has a few more film and theater projects coming up. He plans to enter the upcoming Worcester Film Wars, a four-day film festival May 18-21 sponsored by Hunt's Photo. He will appear as Orcus in "She Kills Monsters," a comedic Dungeons and Dragons-inspired play at Eastworks in Easthampton July 7-9.

"Orcus is basically the devil, but the joke is he's retired and doesn't want to be the bad guy anymore," said Roche.

Finally, Roche is writing and directing a sketch comedy show that will be produced at the Bing Arts Center in Springfield August 18-19.

STORY and PHOTO by CHRIS YURKO: Tom Roche, '16, during a recent visit to HCC.