Got a question? Need help finding a resource? HCC librarians are here to help. 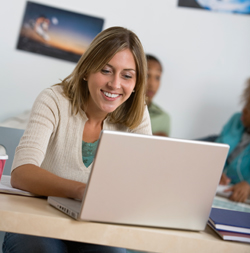 The purpose of the Helen M. and James E. Izatt BUILD Research Competition (Better Use of Information and Library Databases) is to encourage and support student research using library resources. The competition rewards students who show exceptional skill and creativity in the application of library resources to a research project. It is designed to complement the Information Literacy Program at the Holyoke Community College Library.

Congratulations, Carolyn! Carolyn is one of two first place winners in the 2021 Helen and James Izatt BUILD Research Competition. Carolyn's research paper entitled "No Puedes Andar Dando Quejas Al Patrón": The Neoliberal Attack On Im/migrant Farm Worker Women was the final research paper for HON 206: Pathologies of Power taught by Professors Raúl Gutiérrez and Vanessa Martínez. Carolyn's paper analyzes the critical intersectional impact of neoliberal policies enacted to target the U.S.-Mexico border, and how the outcome of these policies affects both the natural landscape of the desert as well as the migrants who attempt to cross it. Specifically, environmental data and timeline of executive orders and policies enacted are examined and compared, and the framework of neoliberal policies regarding imported and exported goods, immigration, migrant deterrence, land conservation, and natural resource management are outlined. In addition, the paper also focuses on the areas surrounding the border that are also subjected to hazards as a result of border conservation, such as industrial pollution and poor water quality. By juxtaposing the transitory nature of migrants crossing the Sonoran Desert with the stationary nature of individuals living or working near the border, the paper is intended to create the argument that the environmental impact of anti-immigration policies extends beyond the confines of the border itself.

Carolyn is a non-traditional student who will graduate this year with an Associate degree in Biology. She will pursue a Bachelor's degree Environmental Science & Policy at Smith College this fall.  She was the Treasurer of HCC's Student Senate as well as the STEM Club. Carolyn volunteers at the Hitchcock Center for the Environment, located in Amherst.

Carolyn wishes to thank Professors Raúl Gutierrez and Vanessa Martínez for their ceaseless encouragement and motivation throughout the paper's process. She also wishes to thank her friends and family for always believing in her. 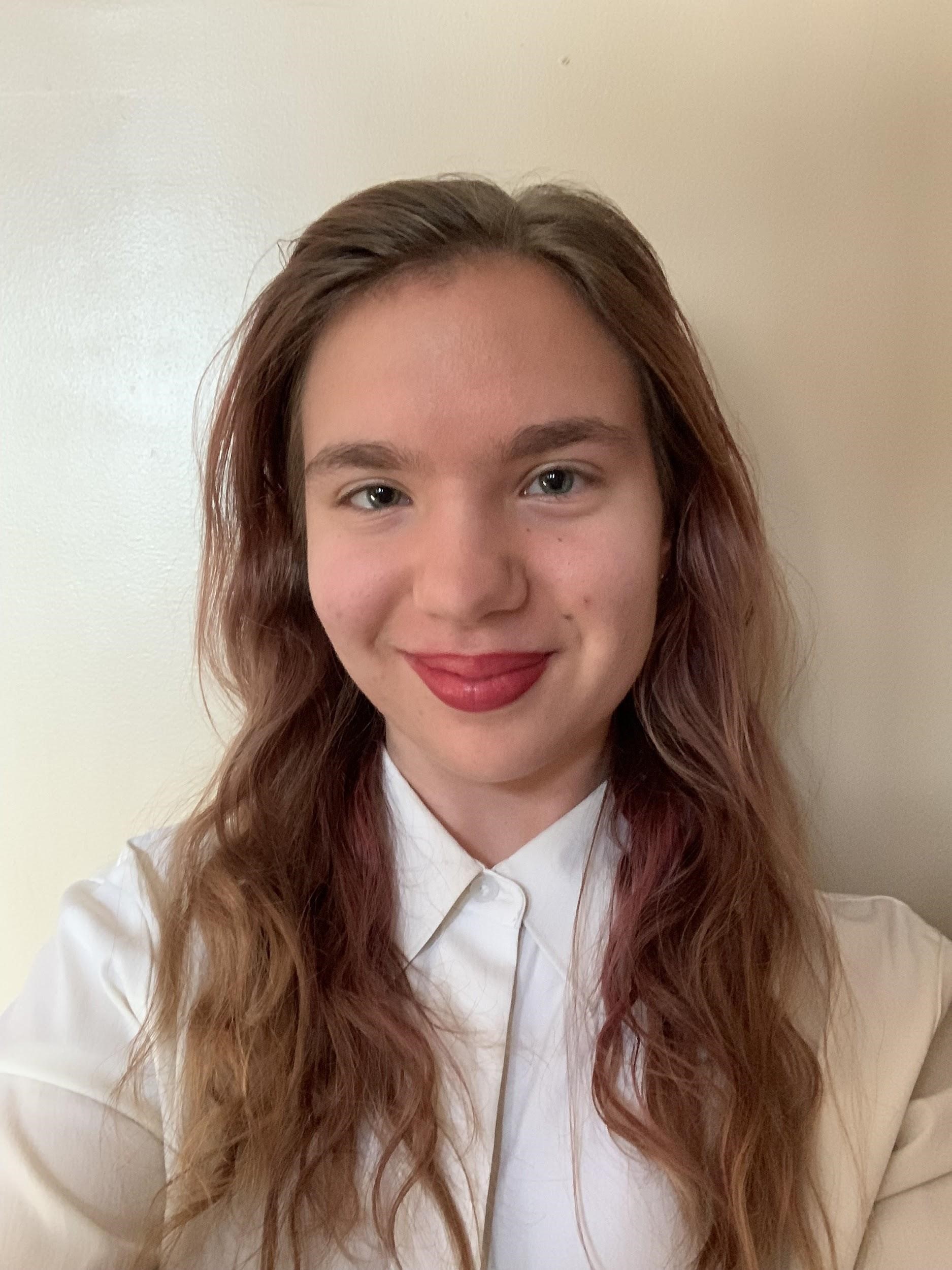 Congratulations, Alina! Alina is the other first place winner in the 2021 Helen and James Izatt BUILD Research Competition. Alina's paper entitled "Building Up the Bildungsroman: Exploring the Connections in the Magical, Diasporic, Caribbean, Female Coming-of-age Novel" was completed for Spanish 210 taught by  Professor Raúl Gutiérrez. The paper argues that the magical, diasporic, Caribbean female bildungsroman is a revolutionary artform that is feminist and decolonial. The analysis is structured in four sections: (1) The Intersectionality Philosophy, the Decolonial Fight, and Third-World Feminism; (2) The Coming-of-Age Novel in the Caribbean; (3) The Diaspora Positionality; and (4) The Magic/Divinity/Spirituality Relationship With Decolonialism and Third-World Feminism. In each section, the paper establishes the theoretical underpinnings of the feminist and decolonial argument and then applies the findings to the novel, The Star Side of Bird Hill by Naomi Jackson.

Alina Antropova is an English major who loves reading and analyzing stories from around the world. After receiving her Associate's degree this June, she  will transfer to the University of Massachusetts, Amherst to continue her Bachelor's of Arts degree in English.She hopes to add a double major in social thought and political economy to study the cultural and political systems that inform our society. In the future, she aspires to be an immigration attorney and give back to her community. 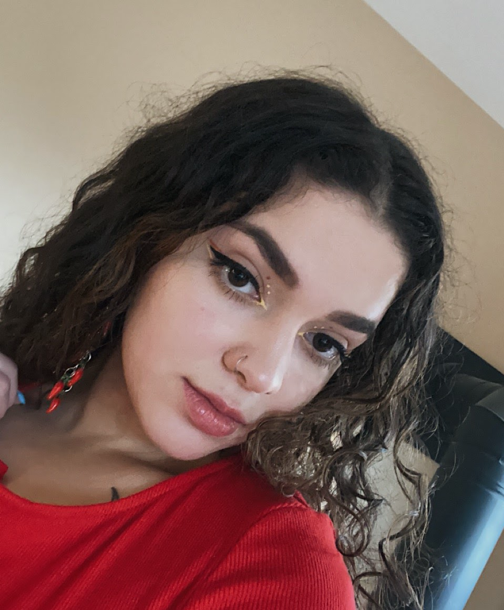 In the paper, Miren examines the daily hazardous working conditions that farm workers face to harvest the food distributed across the U.S. Miren focuses spefiically on im/migrant women who face not only the same labor discrimination as their male counterparts, but also gender discrimination and sexual harassment which places them at great risk. The paper examines that despite their essential role, im/migrant farm worker women in the U.S. food system under neoliberalism face a greater risk of such dangers as pesticide exposure, lack of access to health care, and social injustices such as gender and sexual harassment; however, the ability of such women to organize themselves through activism in such vehicles as labor unions and collectives offers one roadmap to a better future.

In addition to carrying a full course load every semester, Miren actively engages in both the campus and surrounding  communities. She is the recipient of several awards/scholarships: Newman Civic Fellowship, Marion W. Copeland Honors Scholarship and HCC Scholarship. She was also a finalist in the Business West Young Women of Impact. 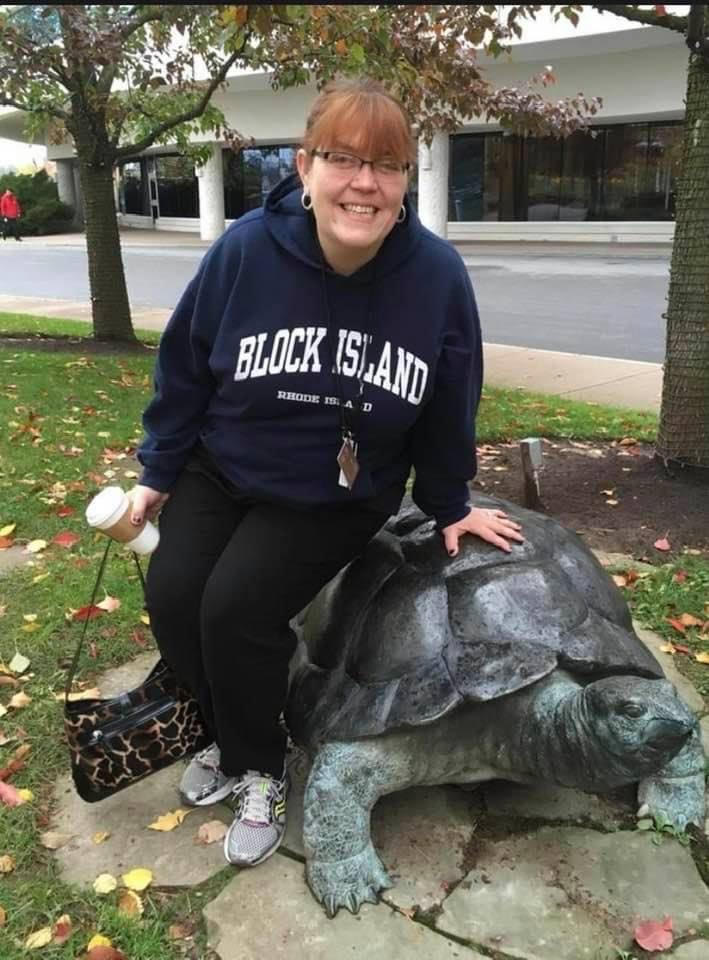 Her essay "Cells Gone Wild: Neoplasia in Reptiles" was the final project in BIO 107.95 taught by Professor J. Lerner.

The paper examines a part of biological science that until recently has been neglected in research: the frequency, cellular reasons, and treatment methods for neoplasms and cancer in reptiles. Her motivation for paper originated from her twenty-year relationship with her box turtle. She explains that, "Reptiles are often misunderstood, feared, or overlooked and underfunded in scientific research," and so her hope was to highlight and learn the biological similarities and differences between mammals and reptiles by discussing how both are affected by cancer. She gives credit to her professors (especially Professor Jeffrey Learner), and HCC staff (especially her advisor Irma Medina). She is grateful to family, friends, and the community for the knowledge and support that she received while attending HCC during this pandemic.

Felicia is currently enrolled at HCC and hopes to graduate with a degree in Liberal Arts. While she is certain that she will pursue a Bachelor's degree in either biology or animal science and behavioral research, she is yet to select her next school in her academic career.

2012-2013
Tristan Cullen: "Capitalism, Fear, and Worldview: The Motivation of the Climate Control Countermovement."

2010-2011
Kathryn Malone: "Preimplantation Genetic Diagnosis: An Argument for Use in Cases with Medical Need."

2008-2009 First Place
Judea Beatrice: "Sexism in the Bakkhai and in Modern Critiques."

2008-2009 Runner-Up
Adrienne Shelton: "The Evolution of Sweet Corn: In Pursuit of the Perfect Ear."

Got a question? Need help finding a resource? HCC librarians are here to help.