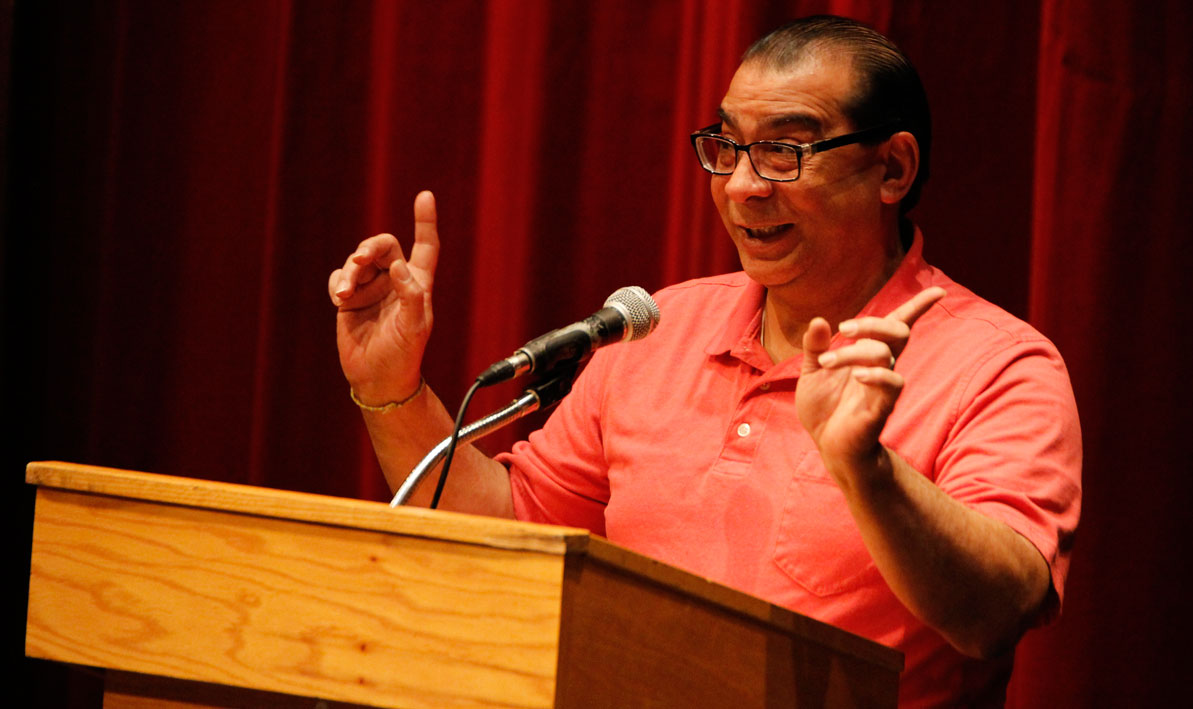 "I was all excited," he recalled last week. "Everything was science for me. My bedroom was full of chemistry tubes and microscopes."

As a private in the U.S. Army, Arroyo was a chemical operations specialist. Later, at the Universidad Interamericana in San Juan, he studied chemistry for three years before dropping out to get married.

He moved to New York City, the place of his birth. He worked for several years as a doorman on the Upper East Side, at 65th and Park Avenue. On weekends, he and his wife were disco partners downtown at the Palladium.

"I never returned back to school," he said. "I tried."

In subsequent years, Arroyo battled addiction, homelessness, and bipolar disorder. He endured a bad motorcycle accident and two broken marriages. He founded a cleaning business in Puerto Rico and another one years later in Massachusetts, where he eventually settled. He also worked a succession of other jobs, as a machine operator, customer service rep, food broker, and garbage sorter.

"We talk about obstacles and things that happen to us, but I don't see it like that any more," he said. "I see it like a journey, a journey that brought me right here to HCC."

Now 54 years old, Arroyo has returned to college and the subject that still fascinates him - science. He is not only majoring in chemistry again, but is part of the STEM Scholars program at Holyoke Community College.

Last week, Arroyo told his tale at College for a Day, an annual event that brings hundreds of adult basic education students to the HCC campus to take tours, sample classes, talk to HCC faculty and staff, and listen to an inspirational ABE alumnus. More than 200 students from 16 ABE agencies in western Massachusetts filled the Leslie Phillips Theater on March 16 for College for a Day.

"Nontraditional students who are entering or returning to school later in life often are our best students," said Ileana Vasu, math professor and STEM faculty coordinator. "Your speaker is no different. He is many things. He is Captain Picard. He is a great student, a kind man, a father and a vet. He's an excellent worker, a compassionate person, a role model, a mentor and a much-loved member of the HCC community. Sam, you are an inspiration to us all."

In 2015, during one of his many bouts with periodic unemployment, Arroyo found himself at Career Point in Holyoke, where the veterans' representative advised him to call Mary Martone, the Career and Educational advisor for HCC's Adult Basic Education and Transition to College & Careers programs.

Six months later, he finally did. Martone invited him to campus to take the College Placement Test. When he finished, she said, "See you Monday."

"That day I came to college changed my whole life," Arroyo said, "because all of a sudden I realized I never finished chemistry, which I love."

After he completed the Transition to College & Careers class, he enrolled in HCC's free summer STEM Starter Academy. In the fall of 2015, he enrolled full time at HCC as a recipient of a National Science Foundation STEM Scholarship.

Now, Arroyo, who lives in Holyoke, is a member of the HCC Military Club and the STEM Club. He is a STEM mentor, an HCC STEM ambassador, a chemistry tutor, and chemistry lab technician.

He plans to double major in chemistry and environmental science and eventually would like to transfer to a four-year school to get his bachelor's degree with the goal of being an environmental chemist.

He's not sure where he'll wind up, but he's looking forward to it.

STORY and PHOTOS by CHRIS YURKO: Sam Arroyo gives the keynote speech at HCC's annual College for a Day event.

See more photos of this event on HCC's Facebook page