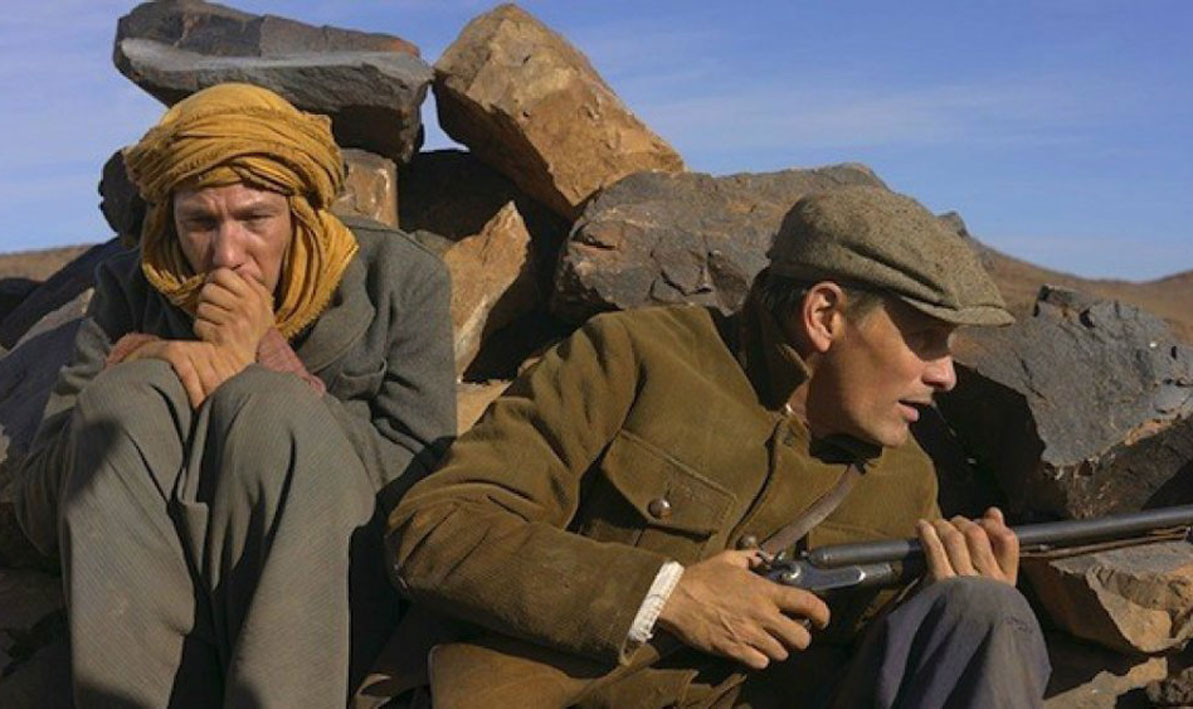 The 2019 festival runs on Tuesdays and Wednesdays for three weeks, with a different film shown each night. Screen times are 7 p.m. in the Leslie Phillips Theater in HCC's Fine & Performing Arts building.

Among this year's entries are two documentaries; a 1936 classic by director Jean Renoir; a North African buddy "western" starring American actor Viggo Mortensen (Aragorn from Lord of the Rings movie fame) as a French teacher fleeing across the mountains with an Algerian fugitive; and a film starring Academy-Award-winning French actress Marion Cotillard as a woman battling the stigma of depression while fighting to reclaim her factory job.

All the films are in French with English subtitles. Admission is free and open to all.

"If there's a theme that ties the films together, it's the power of community," said HCC professor Margaret Sweeney, one of the festival organizers. "I think all of the films deal in one way or another with the ways in which groups of people, particularly common people, maybe somewhat disenfranchised people, come together to overcome obstacles."

The festival opens Tuesday, March 19, with L'Atelier ("The Workshop"), about a novelist teaching a youth writing workshop in a once prosperous seaside town now struggling with economic insecurity and unemployment.

The second film, Loin des hommes ("Far from Men"), will be screened on Wed., March 20. Set in 1954, the film is based on the novel The Guest by Albert Camus, and tracks Mortensen (as the French teacher) and an Algerian fugitive as they make their way through the Atlas Mountains, hiding from both French troops and a rebel army.

"My husband, who's a great fan of westerns, calls it a North African western," said Sweeney. "It's a gripping tale, beautifully done."

The festival continues in week two, on March 26, with Deux Jours, Une Nuit, or "Two Days, One Night" – exactly how long Cotillard has to convince her co-workers to forego a 1,000-euro bonus so she can keep her job.

The fourth film, on March 27, Examen d'Etat ("National Diploma") is a documentary about Congolese high school students who organize themselves to prepare for a national exam.

"This is the third educational documentary we've had that really zeroes in on one aspect of the larger French educational system," said Sweeney.

This year's festival classic, Le Crime de Monsieur Lange ("The Crime of Mister Lange") by Renoir, on April 2, is about a publishing company whose nefarious boss decamps in the wake of crushing debt and later returns to find the now prosperous business being successfully run by a workers' cooperative.

"It doesn't go well, and, yes, there is a murder," said HCC French professor and co-organizer Sabine Charton-Long, "but the movie is still very dynamic, entertaining, and not really about the crime itself."

The festival closes on Wed., April 3, with Visages, Villages ("Faces, Places"), a documentary by an starring Agnés Varda, the grande dame of French new wave cinema, who teams up with young, world-famous street artist JR, as they travel the French countryside in his photo van, making huge portraits that "capture the soul of the communities" they visit, said Sweeney.

"We're very enthusiastic about presenting this festival to HCC, to the students and employees and to show the college's cultural power to the community," said Charton-Long. "We would like all Francophiles and Francophones to come and participate."

The festival is presented by the HCC Foreign Language department and supported by a grant from the French-American Cultural Exchange Foundation, and offered through FACE's Tournées Film Festival program.

A full schedule of films and descriptions are below.

Tuesday, March 19
L'Atelier/ The Workshop (2017), Laurent Cantet (1h53)
Olivia, a Parisian novelist, has been hired to spend the summer in La Ciotat, a beautiful but distressed town on the Mediterranean, teaching a writing workshop for a diverse group of young people.
Watch the trailer: https://youtu.be/MAFGIe6GcBg

Wednesday, March 20
Loin des hommes/Far from Men (2014), David Oelhoffen (1h41) In 1954, stuck between the French troops and the rebel army, a French teacher and a local Algerian man are forced to flee together across the Atlas Mountains. Based on The Guest by Albert Camus. Starring Viggo Mortensen.
Watch the trailer: https://youtu.be/38YXNj2eM5s

Tuesday, March 26
Deux Jours, Une Nuit/ Two Days, One Night (2014), J.P. and L. Dardenne (1h35) In a Belgian industrial town, Sandra (Academy-Award winner Marion Cotillard) has a weekend to convince her colleagues to renounce a $1000 bonus so that she can get her job back.
Watch the trailer: https://youtu.be/qxLqaEGZiDY

Wednesday, March 27
Examen d'État/National Diploma (2014), Dieudo Hamadi (1h32) This documentary follows a group of Congolese high school students taking matters into their own hands after their teachers demand fees to help them study for the high stakes national diploma.
Watch the trailer: https://youtu.be/sX4TOPjp768

Tuesday, April 2
Le Crime de Monsieur Lange/ The Crime of Monsieur Lange (1936), Jean Renoir (1h23)
In this Renoir masterpiece, with screenplay by Jacques Prévert, the story of a murder turns into a timely  manifesto on the abuse of power and its consequences.
Watch the trailer: https://youtu.be/F7YjUceObN8