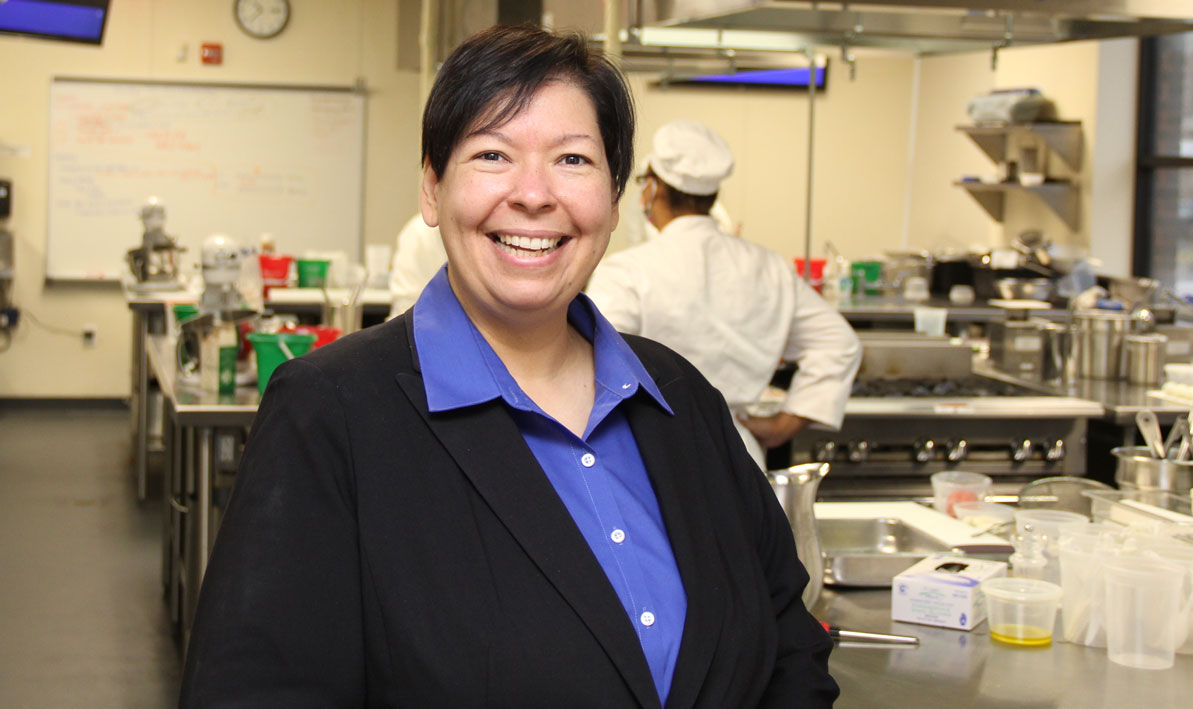 "Every day I go to work in the State House, I am surrounded by paintings and photos of prominent men from Massachusetts' history," said Spilka, the third woman elected president of the Massachusetts State Senate. "The stories of the many, many incredible women who have contributed to this great Commonwealth-and our great nation-have too often been lost to history. It is therefore my great honor and privilege to help to tell their stories, and to make the faces that we see in the State House more representative of the rich diversity that make our state great."

In 2017, Royal became HCC's fourth president and the first woman to hold the position.

"I want to thank Senate President Spilka for creating the HERstory initiative," said Royal. "This is a time for us to recognize that the lived experiences of women in the Commonwealth matter, and that we are a diverse group of women of different races, ethnicities, social classes, abilities, educational levels, gender expressions, and sexual orientations. I am proud to share my story as a multiracial, queer woman so that girls and young women can see representation of themselves in society, and grow up believing in their limitless potential."

Since the State House is currently closed to the public, a website containing photos and short biographies of each of the honorees can be found on the Mass.gov HERstory page. There is also a video about the HERstory project.

"I feel honored to have been selected by Senate President Spilka for inclusion in this remarkable display of women," said Elaine Weddington Steward, vice president and club counsel of the Boston Red Sox. "My hope is that this project will inspire women and girls to follow and achieve their dreams."

Senate President Spilka, together with members of the Senate and staff, chose honorees based on their close ties to Massachusetts, ability to inspire the youth of today to work for a better world, and acknowledgement of being a trailblazer in their given field. Honorees include abolitionists, poets, entrepreneurs, educators, politicians, musicians, community activists and scientists, among others.

"It is an honor to be selected to be part of President Spilka's HERstory project as a Community Development leader," said MassHousing Executive Director Chrystal Kornegay. "While it highlights my work, it really highlights the work of mothers, daughters, sisters and friends who work in big and small ways to make the Commonwealth's communities strong and vibrant. I look forward to reading the stories of the other women in the project."

Related events will be scheduled later in February to celebrate Black History Month, and in March for Women's History Month. The photos and biographies will also become part of a dedicated lesson plan, currently being developed, to distribute to teachers in the Commonwealth.

"This is a wonderful initiative by Senator Spilka to highlight the stories of remarkable women," said  Razia Jan, the founder of Razia's Ray of Hope Foundation, a nonprofit organization dedicated to improving the lives of women and children in Afghanistan through community-based education. "Massachusetts was the first community I called home in America, and I'm honored to be recognized by my home state. Women and girls throughout the world have so much potential to contribute to society, when they are given the chance; recognizing this potential is so important."

The HERstory: Volume II project is the second time Senate President Spilka has featured the stories of remarkable women in the President's suite. She unveiled the photos of 88 women during Women's History Month in March 2019, and they remained in her office suite until this month, when they were replaced with the current photo exhibition.

"I am honored to be part of HERstory on behalf of countless brilliant and driven women who shaped our history, but whose own stories have not been told," said Pardis Sabeti, head of the Sabeti Lab, which is part of the FAS Center for Systems Biology at Harvard University. "Together, we honor and remember them, while striving to elevate the voices of the many women who are still silenced throughout the world today."

"This project helps create lasting impact and change by amplifying the whispered stories and leadership of women of color across Massachusetts into a roar," said Lisa Wong, former Fitchburg Mayor and current town manager of Winchester.

"Women, throughout history, have contributed to the development of society-through scientific discoveries, pioneering adventures, advocacy, and entrepreneurship," said Yari Golden-Castaño, a systems engineer at MIT Lincoln Laboratory and one of 100 candidates from around the world for the Mars One Project, the first human settlement of Mars. "It should be normal by now for young girls to grow up with women like them in positions of expertise and authority, showing girls they really can  follow their dreams."

"Senate President Spilka has created a wonderful way to celebrate the many ways women have contributed to our rich history, and I am excited to be a part of it," said Fernande R.V. Duffly, associate justice of the Massachusetts Supreme Judicial Court.