More Than a Good Fit

"We're serving students who don't have a lot of other options ... That's really what a community college is for – for a lot of students, it's their chance to make another life for themselves." – Dean Moira J. Maguire 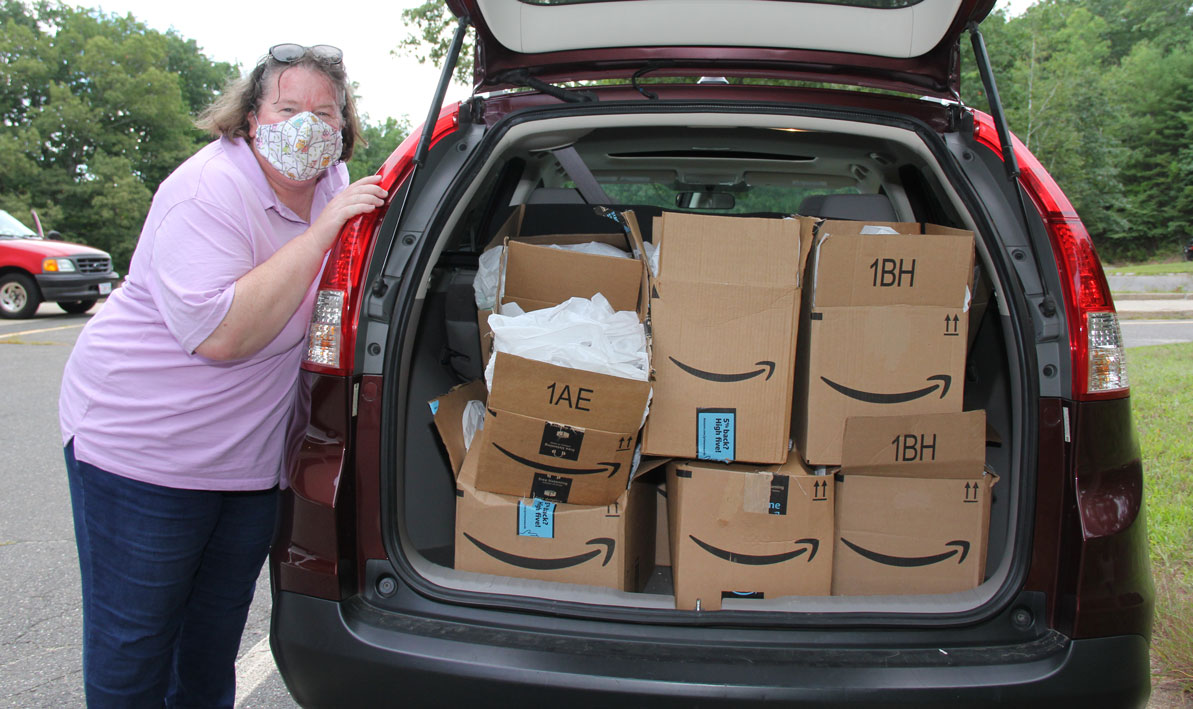 Before she had uttered one word during her first on-campus interview, Moira Maguire had a good feeling about Holyoke Community College.

It was early December 2017. She was sitting outside the President's Office waiting for the chair of the search committee to escort her into the conference room and couldn't help but notice the array of brightly colored holiday gift bags filling the office suite while busy college staff carrying in more and more.

"Do you guys have a Giving Tree?" she asked one of the haulers, who turned out to be HCC staff assistant Nelson Lopez '04, a member of the annual Giving Tree committee. "Oh, yea," he said, "right out there in the lobby."

"I thought that was really cool. What a great sense of community."

Maguire recalled that episode in April 2018, just a few days after starting her new job at HCC as dean of Social Sciences.

"That was literally my first impression of the college," she said then, "staff banding together to buy gifts for people in the community."

"It just felt like a good fit for me," she said.

More than a good fit, her colleagues would argue. A great fit, however brief her time here.

In November 2020, Dean Moira Jean Maguire died at her home in Easthampton, Mass., after a sudden illness. She was 55 years old.

"This is a devastating loss not just for the college, but for each of us personally," President Christina Royal said in a message to faculty and staff. "Moira impacted the lives of so many members of the HCC community; it is hard to comprehend her passing or our collective life without her."

Maguire was a Boston native and sounded like one, describing herself proudly as "an original Charlestown townie and Red Sox fan."

"I grew up with a single mom who had three kids, and she really struggled for a long time to make a life for us," Maguire said. "Because of my upbringing I think I have a lot of empathy for students who come from deprived backgrounds."

Her Irish Catholic heritage infused her work as much as her life. As an undergraduate, Maguire studied history and political science at George Washington University. She earned a master's degree in history from Northeastern University and later a doctorate from American University in 20th Century Irish history.

As a teacher and scholar, she spent more than 10 years at the University of Ireland Maynooth. Her work on infanticide and the Irish government's care of unwed mothers and their children led to many publications, including a book, Precarious Childhood in Post-Independence Ireland. An expert in her field, Maguire consulted with the BBC on several documentaries, and her research was credited with helping to reunify Irish families that had been separated for decades.

For 12 years she taught history at the University of Arkansas, returning to the Northeast to be closer to her mother after her step-father died. That's when she stepped into her first role as a college administrator as dean of liberal arts at Schenectady County Community College in New York.

During that 2018 interview, she recalled an incident from early in her tenure at SCCC. On the first day of classes of a new semester, she met a frazzled woman wandering the hall, three fussing young children in tow. Maguire asked if everything was okay. No, the woman said. She had no childcare, the kids hadn't eaten breakfast, and she didn't want to be late for class.

Maguire offered to take the children to the cafeteria, where she heard their life story.

"Once they had food in their stomachs, they were completely charming," Maguire said. "They were so engaging and so outgoing you would never know their lives were just pure chaos. Here's a mom living in the city mission with three kids trying to get an education, and it really struck me that that's who we're serving. We're serving students who don't have a lot of other options."

The scene stuck with her like a marked passage in a beloved book.

She backed up those beliefs with action, volunteering at homeless shelters and food pantries. At HCC, she worked to increase access to childcare for students juggling school and parenthood. She was the lead administrator responsible for compiling the 122-page self-study the college was required to submit for its 10-year accreditation review.

What she will be remembered most for, though, if her colleagues and friends have anything to say about it, is the school supply drive she founded. It started small, in the fall of 2019, in her division, Social Sciences. Faculty and staff donated supplies students could pick up in the office – notebooks, pencils, backpacks. Free.

"We pretty much had everything they needed," she said last summer. "Students were literally crying, having this help."

The pandemic nearly put an end to the school supply drive before it could become an annual event. But Maguire found a way. She enlisted a team. They drafted a plan.

"Just because students won't be on campus doesn't mean they won't need school supplies," she wrote in her outreach letter to faculty and staff. "We hope this school supply drive will provide our students with much-needed resources while also allowing us to come together to demonstrate the kindness, generosity and community spirit that make HCC such a great place to work and learn."

The plan included an Amazon Wish List and a single point for delivery – the Easthampton home she shared with Buster, Huck, Harry, Bob and Maggie, her cats. In a few short weeks, more than 100 packages were delivered to her house.

"My living room has been a train wreck for the last week and a half," she said.

Maguire and other members of the team assembled nearly 300 colorful bags filled with notebooks, binders, loose-leaf paper, pens, pencils, highlighters, folders, and, upon request, specialty items such as clipboards, calculators, and printer cartridges. During two-hour time slots, students drove through the parking lot behind the Donahue building to collect them. When they ran out of bags and supplies, Maguire ordered more.

"My supply cupboard has been picked clean," she wrote a few days later. "Overall, I'd say it was a big hit!"

After Maguire's death, her colleagues came together for another purpose – to establish a memorial fund through the HCC Foundation. The intent of the Moira Maguire Fund for Student Success is two-fold: to provide school supplies and support students who need help with childcare.

"Dr. Maguire quickly made it clear early on that she would do anything she could to support student success and provide students with everything they needed as whole persons, not just in academics," HCC education professor Sheila Gould said in a tribute to her former dean.

Gould noted a detail about Maguire many people might miss: She wore a Saint Brigid's cross around her neck. Saint Brigid of Kildare, one of three patron saints of Ireland, was a nun who fought for truth and justice and against inequality. The patron saint of scholars, Saint Brigid is also protector of the enslaved and defender of the poor and children living under difficult conditions.

A prayer to Saint Brigid describes her as a woman of peace who brought harmony to conflict, light to the darkness and hope to the downcast, a voice to the wounded and weary.

"Moira," Gould said, "wore the Saint Brigid's cross as a reminder to herself of her culture and the traits she wanted to represent."

And well she did.

PHOTO by CHRIS YURKO: Moira Magure stands next to a trunk full of donated school supplies for HCC students.