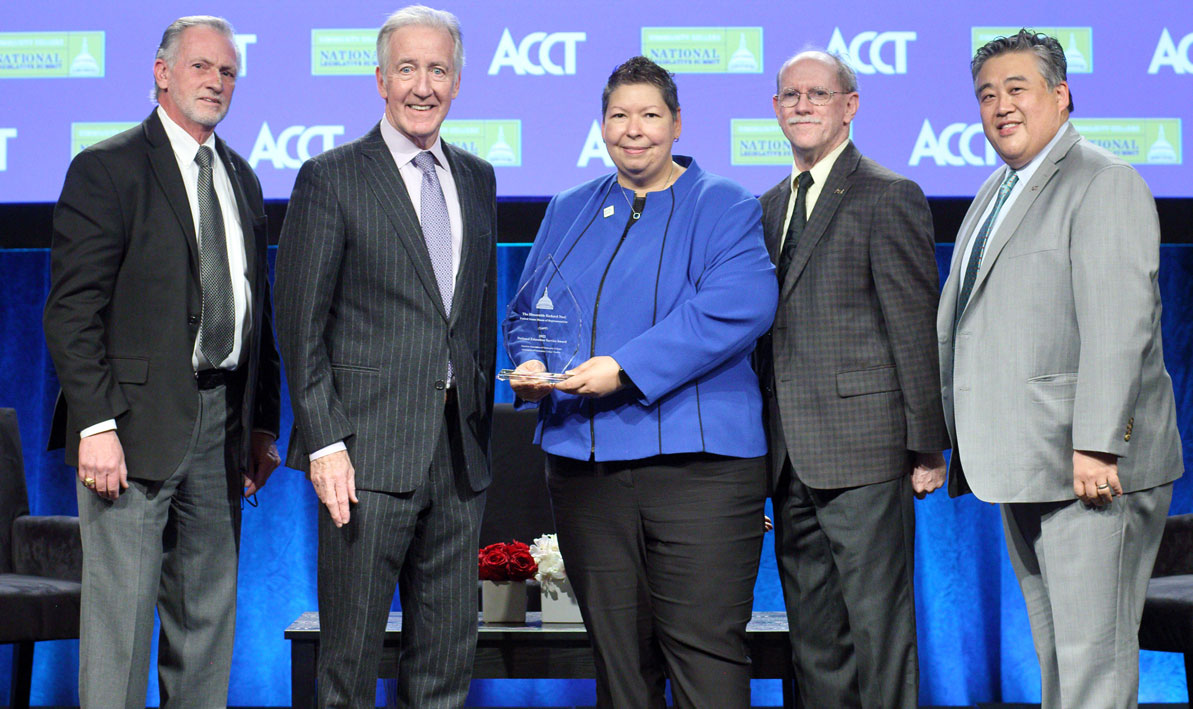 This annual award honors a national leader who has made extraordinary contributions to national public policies and resources that support education, training, and post-secondary learning.

"As chair of the House Ways and Means Committee, Congressman Neal has worked tirelessly to fix the tax code in a way that would benefit community college students and support workforce training programs," Royal said.

She noted that Rep. Neal is a key proponent of the Tax-Free Pell Grant Act, which would exempt students from being taxed on the portion of their Pell award that exceeds tuition costs. He was also instrumental in securing $1.2 billion in funding for a potential successor to the Trade Adjustment Assistance Community College Career Training Grants in proposed legislation.

"The community college system in America plays a critical role in preparing individuals for the workforce," said Congressman Neal, an HCC alum from 1970 who now represents the First Congressional District of Massachusetts. "I have been a longtime supporter of our community colleges because they are successful. They provide technical career training, serve as a steppingstone, and welcome individuals looking to retrain or refresh their skillset."

"Western and central Massachusetts is lucky to have many of these types of educational options right outside their doors and at their fingertips," he said. "I am thankful for this recognition, and I am committed to continuing to provide for the community college system so that all students have a path to higher education."

"It was an honor to present Congressman Neal with this award," President Royal said after the Tuesday night reception at D.C.'s Marriot Marquis Hotel, where she attended the weeklong summit. "He has long been an advocate for progressive programs and federal funding for community colleges and our students, particularly in the area of workforce training. He recognizes that investments in our community colleges support regional growth, job creation, and economic mobility for individuals and families. I know this was a proud moment for him as it also was for me and should be for all the communities in Massachusetts that he represents."

Previous winners of the National Education Service Award include President Barack Obama in 2010.