From Plath to Perez 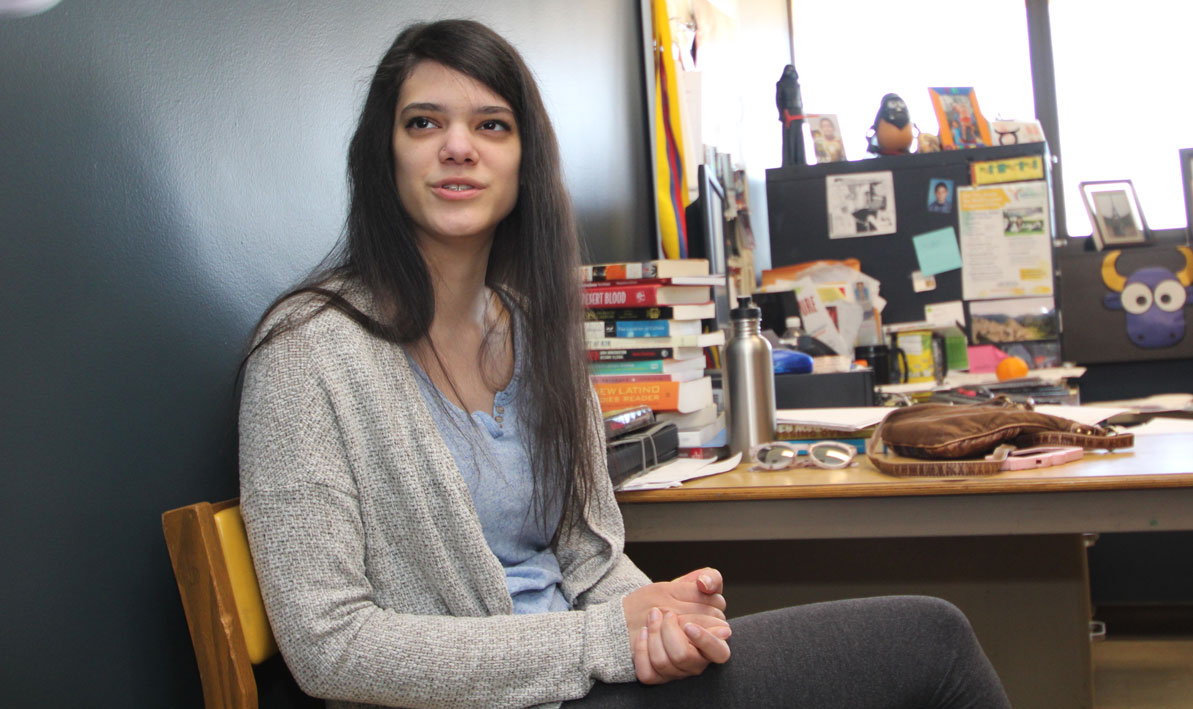 As a student at Smith College in 1955, a young Sylvia Plath won the prestigious Glascock Poetry Prize, lanching her career as an esteemed poet and author of works such as her collection "Ariel" and autobiographical novel "The Bell Jar."

On Monday, the 2020 Glascock Poetry Prize was awarded to Marissa Perez of Florence, Mass., a 24-year-old liberal arts major at Holyoke Community College.

The annual poetry contest honors the memory of Kathryn Irene Glascock, a promising young poet who graduated from Mount Holyoke in 1922 and died of pneumonia a year later.

Perez is the 97th winner of the Glascock Poetry Contest, which is believed to be the oldest, intercollegiate poetry contest in the U.S.

Students must be nominated by a faculty member at their college or university. A collection of their work is judged by a panel of three distinguished poets. This year's judges were Kaveh Akbar, Franny Choi and Erica Hunt.

"When it dawned on me what was happening, and what this would mean, I was euphoric," Perez said from her home in Northampton. "Generally, I've been detached from the poetry world, as I've never been involved in any inner literary circles and don't often share my work. The experience of participating was at once cathartic and terrifying. Kaveh Akbar, one of this year's judges, is one of my most beloved contemporary poets."

"The selection team was comprised of exquisite writers whose company I initially felt I wasn't worthy of," she said. "I felt I was giving a piece of my soul to these judges when I handed over the manuscript. It was raw, messy, and cathartic material. In the grand scheme of things, I realize I put my trust in them to take care of my work and give it life. I'm so honored and grateful to have been able to do such a thing."

In their comments, the judges wrote that they especially admired a poem called "Pacific Coast Highway," "for its pacing, emotion and its poetics of the winding line mirroring the winding road of California Route 1 itself."

"I am sincerely fascinated by this poet's often staggering treatment of language as the subject of their interrogation, language itself as the antidote to its own venom."

"I'm excited to watch this poet continue to grow!"

Zaikowski said she knew Perez was an exceptional writer from the first time she shared her work in their Creative Writing course.

"The rest of the class knew it, too," Zaikowski said. "In all of the genres we worked in, she had a bone-level radar for a particular mix of the personal and the political, and a way of using subtle, surprising images, moods, and lyricism to convey it."

At one point, Zaikowski said she sat down with Perez and asked her what kind of writer she wanted to be.

"There are a couple types of writers," Zaikowski said, "writers who write as a hobby, and writers who kind of feel like they would not know who they were or that they'd die inside if they couldn't write – I asked her what category she was in? I knew the answer already, but she confirmed she was in the latter. And I felt like she wasn't just writing for herself, she was using her writing skills to articulate, and try to heal, larger social issues. The world needs more voices like that."