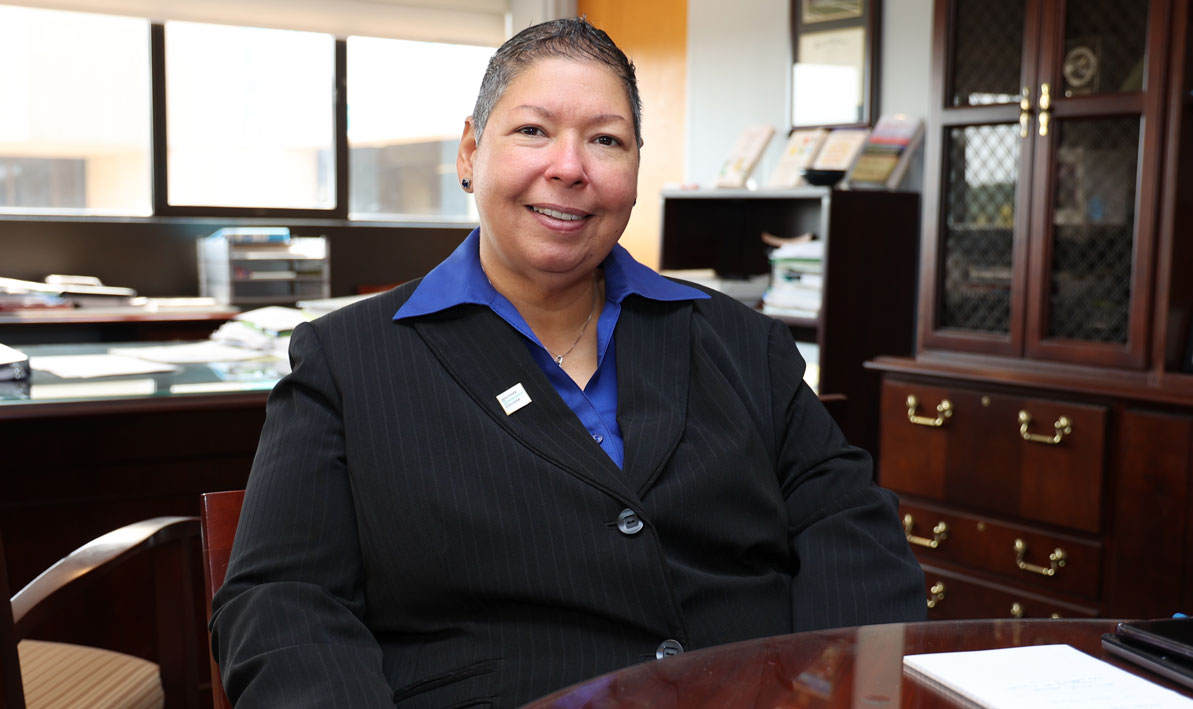 For the second year in a row, Holyoke Community College has been named one of the top women-led businesses in Massachusetts by the Boston Globe Magazine and The Women's Edge, formerly the Commonwealth Institute, a nonprofit that supports top female business leaders.

The 22nd annual list of the "Top 100 Women-Led Businesses in Massachusetts" was  announced in Boston Friday at a breakfast celebrating the 100 organizations and their leaders.

"They run health care companies, universities and colleges, financial institutions, nonprofits, construction firms and more – they're the women power players of the Bay State," says the introduction to the Top 100 list. "Responsible for thousands of employees and billions in revenue, the women featured here drive the Massachusetts economy. Taken together, the 100 companies on this list represent a total revenue and operating budget of $75.9 billion."

HCC and its president, Christina Royal, were ranked number 61. The full list was published Oct. 30 in the annual "Women & Power" edition of the Globe Magazine. Royal was also one of 11 executives from the list featured in a separate article, "'Resist the temptation to fit the mold': Eleven leaders share insights on cultivating diverse, dynamic teams in challenging times."

"For me, as a multiracial, queer woman, these identities are not separate from me as a leader, so I encourage everyone to be as authentic as possible," Royal said in response to an interviewer's question about diversity in leadership. "I encourage people to resist the temptation to fit the mold of others and instead recognize that their individuality is their gift to others in this world."

"President Royal's outstanding leadership has led to innovation, flexibility, and a singular focus on student success," Hayden said. "This recognition confirms her commitment to excellence and the development of collaborations that support student advancement."

Royal has been the president of HCC since January 2017. She is the fourth president in HCC's 75-year history and the first woman to hold that office. In August, she announced that she will retire from HCC after the 2022-2023 academic year.

Amanda Sbriscia, HCC vice president of Institutional Advancement, accepted the award Friday on behalf of HCC and President Royal, who was traveling in Israel as part of a delegation of educators from the United States.

"There was so much joyful mingling and networking as hundreds of us gathered to celebrate these remarkable women leaders," Sbriscia said. "During the breakfast, we were honored to hear from Governor Baker, who used his time at the podium to celebrate the amazing work of his wife, First Lady Lauren Baker. Being surrounded by inspirational women leading organizations across the Commonwealth was a great way to begin a Friday morning."

Also making the Top 100 list at number 59 was HCC alum and Westfield-native Linda Markham '83, president of Cape Air and Nantucket Airlines, based in Hyannis, Mass.

To compile the list, The Women's Edge examined revenue or operating budgets for each organization as well as other variables, including number of full-time employees in the state, workplace and management diversity, and innovative projects.

PHOTO by CHRIS YURKO: President Christina Royal in her office at HCC