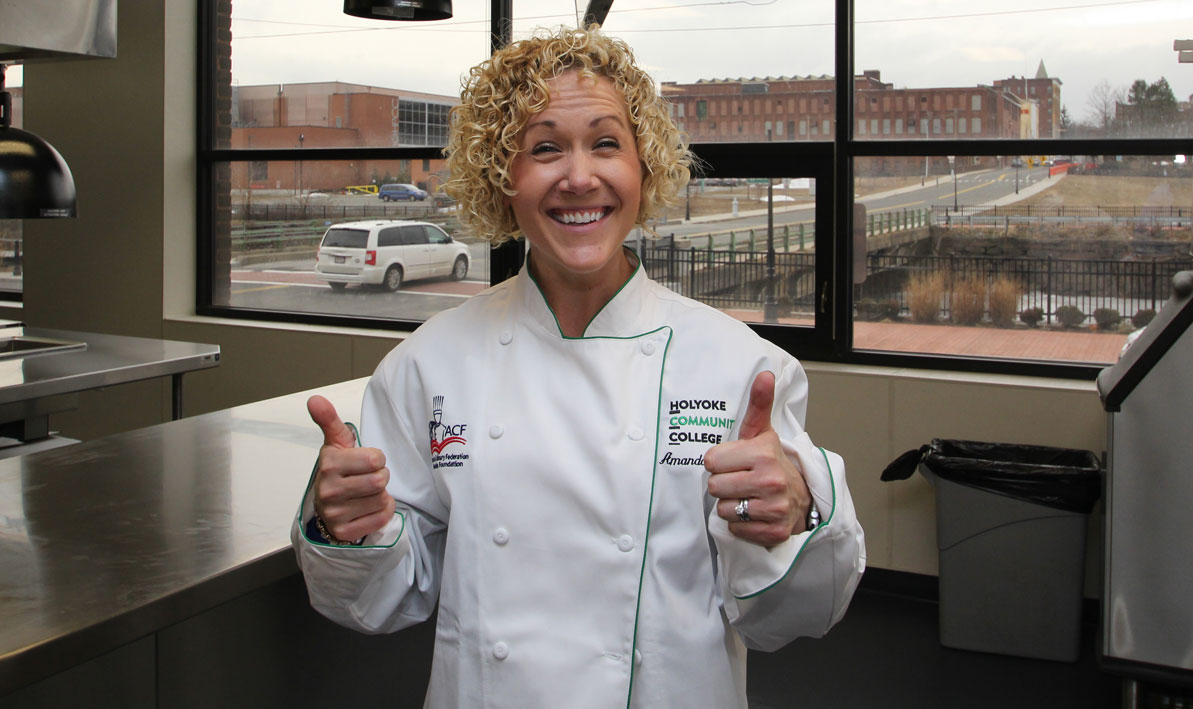 As a high school student in Elysburg, Pennsylvania, Amanda Sbriscia dreamt of a career as a TV host. She even spent a week one summer at broadcasting camp.

Although she did major in communications at Cedar Crest College, a campus job set her on a different path. Freshman year, she was assigned to a work-study position in the alumni and advancement office. There she worked mostly on alumni events, preparing packets for reunions and receptions, printing nametags, tracking RSVPs, compiling donor info, stuffing files. "A lot of office work," she says.

One day, her supervisor invited her to a meeting with the entire advancement team to start planning an event for prospective alumni donors. Being so new and so young – 18 at the time – she was terrified, she remembers, but also intrigued.

"It was cool to see a bunch of people sitting around the room talking about an area I did not know existed," she says. "Here's how we are going to plan an event for people to make their experience at my college great, even though they don't go here anymore, and here's what we're going to do to follow up with them to keep them connected."

The meeting proved less of a light-bulb moment than a hmmm one.

She thought, This is a job?

Sophomore year she joined the department's phonathon team, cold-calling alumni and asking for donations, work, she learned, that is not for everyone. "Some people might think, it's a stranger; I don't know how to talk to somebody I don't know, not to mention ask them for money. Immediately, I really loved it. I loved when I got the chance to speak with the person as opposed to leaving a scripted voicemail message."

As a scholarship recipient herself, she came to understand personally the importance of the work and relished the opportunity to trade college tales with alumni.

By senior year, she was the phonathon supervisor and would soon turn those undergraduate experiences into a career that has led her here to Holyoke Community College as the new vice president of Institutional Advancement.

In that position, which she began Oct. 30, Sbriscia (pronounced Sa-brie-sha) wears many hats, and that's how she likes it. She oversees four departments – Alumni Relations, Development (fundraising), Resource Development (grants), and Marketing and Communications - serves as executive director of the HCC Foundation (the nonprofit fundraising arm of the college) and is a member of the college cabinet (the president's senior management team).

"I've always felt like the place for me is where there's a challenge and where you don't know what the next day will bring," she says. "Coming into a role as a first-time VP, I know that there's a learning curve for me, and that's exciting."

Sbriscia, 33, got her professional start down the road at Bay Path University. Just weeks after graduating from Cedar Crest, she was back at work in an alumni office, directing phonathon callers and cultivating donors as coordinator of Development and Alumni Relations. She moved on – and swiftly up – to Deerfield Academy (as assistant director of Annual Support), Ana Maria College (director of Annual Giving), and the Girl Scouts of Western Massachusetts (fund development specialist), before returning to Bay Path as director of Annual Giving and Alumni Relations, a position that evolved into senior director of Advancement.

Over the years, while working full time, she added a master's degree in higher education administration from Drexel University and expects to complete her doctor of education degree in organizational leadership from Northeastern University this year.   Despite that continuing, formal education, she counts the lessons she learned as a phonathon caller among the most important: Accept rejection. Don't take 'no' personally. Follow up. "There's still a relationship to be had there," she says, "but maybe now is not the time."

She's looking forward to spring and events like the ones she used to help plan as an undergraduate, including the Scholarship Meet and Greet luncheon (May 10), and Commencement 2018 (June 2).

"Even though it's a crazy time, it's going to give me a chance to meet a lot of people I'll hopefully begin building strong relationships with, the same way I did when I was calling people I didn't know years ago," she says. "It was exciting to me then, and I'm psyched for it now."