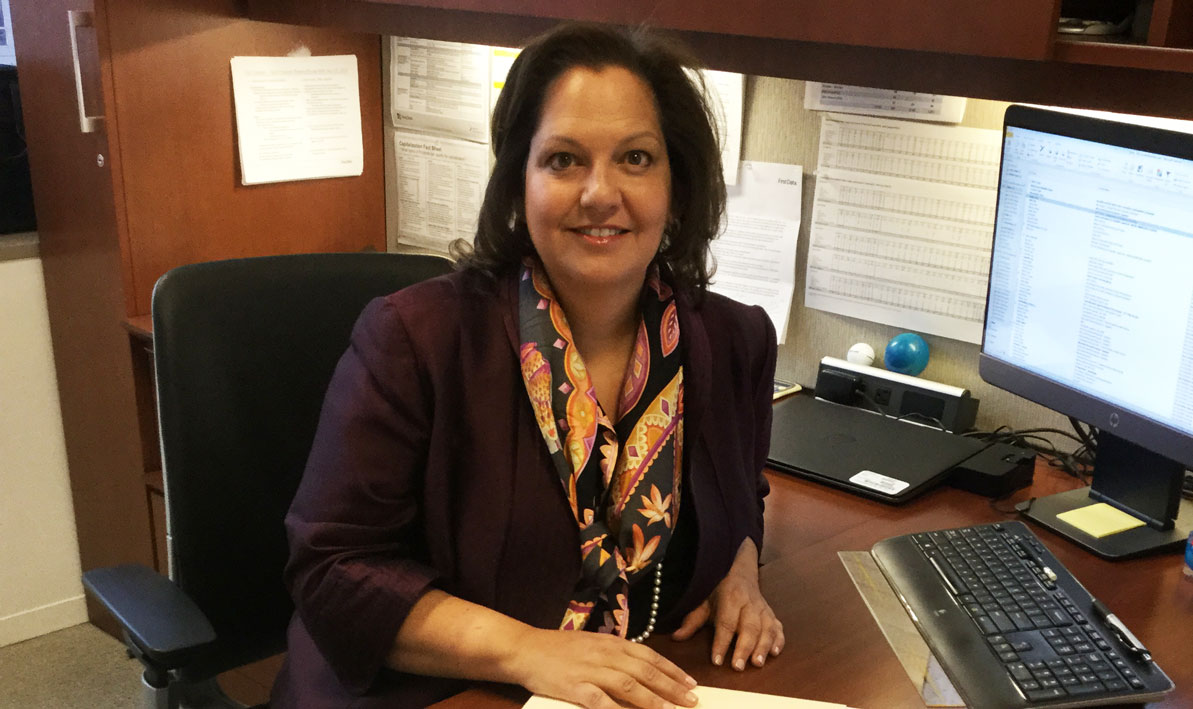 When Mary Ekmalian enrolled at Holyoke Community College in 1978,  she majored in accounting at the urging of her father.

James Ekmalian, a longtime HCC accounting professor, was a pragmatist. He wanted to be certain his daughter would always be able to earn a living.

Little did he know, that accounting degree would ignite an academic interest in economics that would lead to a successful career in the male-dominated field of corporate finance that has put her at the top echelon of the banking world.

"He's very proud of what I've achieved," Ekmalian said in an interview over the telephone from her Upper East Side residence in Manhattan.

Today, Ekmalian, 56, is chief information officer and head of corporate technology at First Data, NY, a company with headquarters in Atlanta, Georgia, where she is in charge of 600 employees all over the world.

Ekmalian, a Springfield native, said her decision to get a community college degree on the way to a bachelor's was at heart a financial one - her parents were raising five children - but one she never regretted. After earning her associate degree at HCC, Ekmalian went on to earn a bachelor's degree at Mount Holyoke College, majoring in economics.

At both institutions, she said, she received an education that was superior and challenging.

"I remember every professor, whether chemistry, economics or accounting, they all genuinely cared about the student," she said.

As she was preparing to graduate from Mount Holyoke, she was offered a job at Citibank. There, over three decades, she rose through the ranks of the multinational company and its subsidiaries, earned her MBA at New York University, and made the switch from sales, management and marketing to technology and product development. In that role, she led teams that developed and implemented early iterations of online banking technology for corporate clients, products that won acclaim for their innovation. She moved over to First Data two years ago.

As a woman working in leadership positions, she acknowledged that her path was not always smooth, in part because she was always in a "significant minority," though she never experienced what she referred to as overt discrimination.

"It's definitely had its challenges — I certainly have found that people hire people who look like them and that they are comfortable with," she said. "It's a boys' club and you feel it. It was never conscious, you just have to work hard to be included and to have a voice within the management team."

Ekmalian noted that from her first day on the job, there were women in senior management positions who mentored her, encouraged her, and helped her along her career trajectory. "And that's something that, in turn, I've tried to pass on," she said.

Reflecting on her career path, she noted that her greatest breakthroughs happened when she came to terms with the limitations she placed on herself, what she described as "my own fears of going for it, whatever the next role was."

"As a woman, you always have to check every box, constantly not feeling you have all the skills needed for the next job," she said.

Over the years, Ekmalian has felt great support from and remained close with her family, including her now-retired father, who is 82. Her parents have a home on Cape Cod in Dennis, and Ekmalian bought her own place there for weekend trips.

Despite her Massachusetts roots, she's now a New Yorker at heart. She is a passionate theatergoer, and outside her demanding career, she's also served on the boards of nonprofits including the Center Against Domestic Violence and the Riverside Symphony.

"I've always tried to be involved in the community in some way," she said.