The Job for Me

"My time at HCC is something I'm very thankful for and just cherish and hold onto because it is such an amazing school." – Nate Ferreira '17 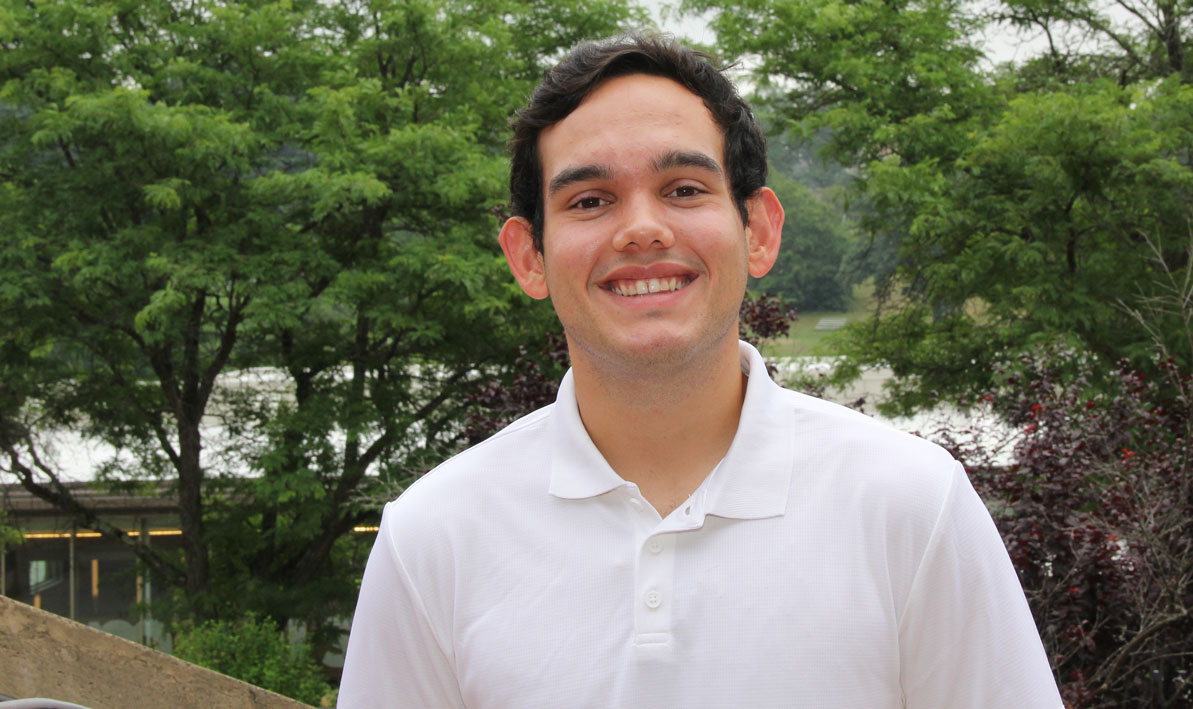 Editor's Note: This profile also appears in the Fall 2020 issue of HCC's Alumni Connection magazine as part of a series of stories about HCC alumni managing life and work during the pandemic.

That winter, Ferreira and his mother had been involved in a bad sledding accident. She broke her back. Nate missed some school.

"My mom was in the hospital for a long time," he remembers. "I was quite shaken up and didn't want to go back."

He did, though, eventually. On the first day, Mrs. A pulled him aside. Take your time, she said. They worked out a secret signal, just in case.

"She was just open and super sweet and so comforting that I forgot about the stress that was going on in my life," Ferreira said. "She was like a superhero to me. She made me feel like everything was calm. I loved it, so right from that moment, I realized, this is the job for me. I always keep that memory in my mind."

Not a bad one to draw upon if you are a teacher whose first year in the classroom was disrupted by a global pandemic.

"Right when I was getting into the groove," he said, "we had to go remote with everything."

The 24-year-old from Ludlow graduated from HCC in 2017 with his associate degree in early education. Two years later, he completed his bachelor's degree in early childhood education at Westfield State. Online learning for first-graders was not part of either curriculum.

"It was an adjustment," he said. "They're little. They don't know how to log into a computer. Most of my classes at HCC and Westfield were more hands-on, critical learning activities for the kids to do with manipulatives, so that's why, when this whole thing started I was like, ok, we've all got to really step back and focus on what's important."

Large group lessons were not going to work, and finding a family friendly online platform proved key to relieving initial chaos. Ferreira and his colleagues settled on Padlet, which is like Pinterest for kids.

"You can upload a worksheet to print out, but then I wanted to meet with them face to face to talk through what they did and what they liked about the assignment, because that is more engaging," he said.

Besides Mrs. A, Ferriera said his HCC instructors "shaped the educator I want to be."

"My time at HCC is something I'm very thankful for and just cherish and hold onto because it is such an amazing school," he said. "I wish it could have been a four-year school."

As of mid-summer, Ferreira was still not sure what his second year of teaching was going to look like this fall.

"I'm hoping that we'll be in the classroom, but that comes with its challenges too," he said. "Telling 6- and 7-year-olds to wear masks the whole time – you know how that's going to play out. Whatever happens, I feel like, at the end of the day, we're just gonna have to make it work and do the best we can."

STORY and PHOTO by CHRIS YURKO: Nataniel Ferreiira '17 is a first-grade teacher at Center Elementary School in Longmeadow.