'In the Heights' matinee 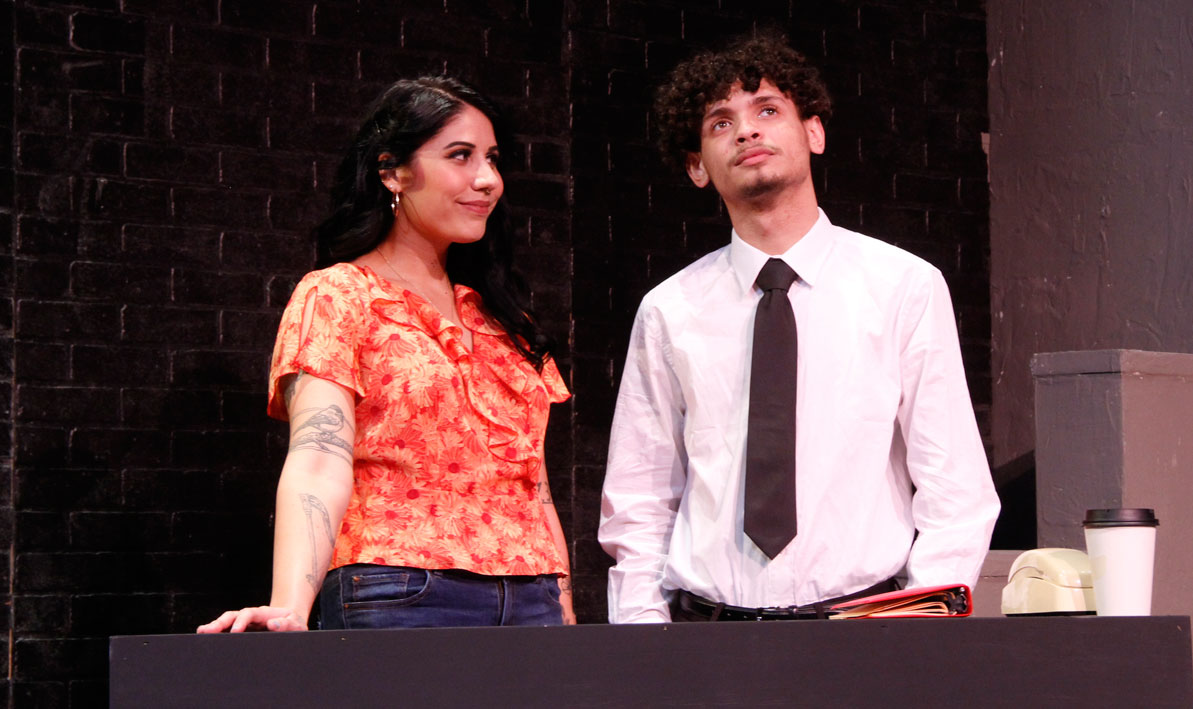 PHOTO by CHRIS YURKO: Maya Kirsi of Northampton, as Nina, and Michael Luciano of Springfield, as Benny, rehearse a scene from the HCC production of In the Heights.  .