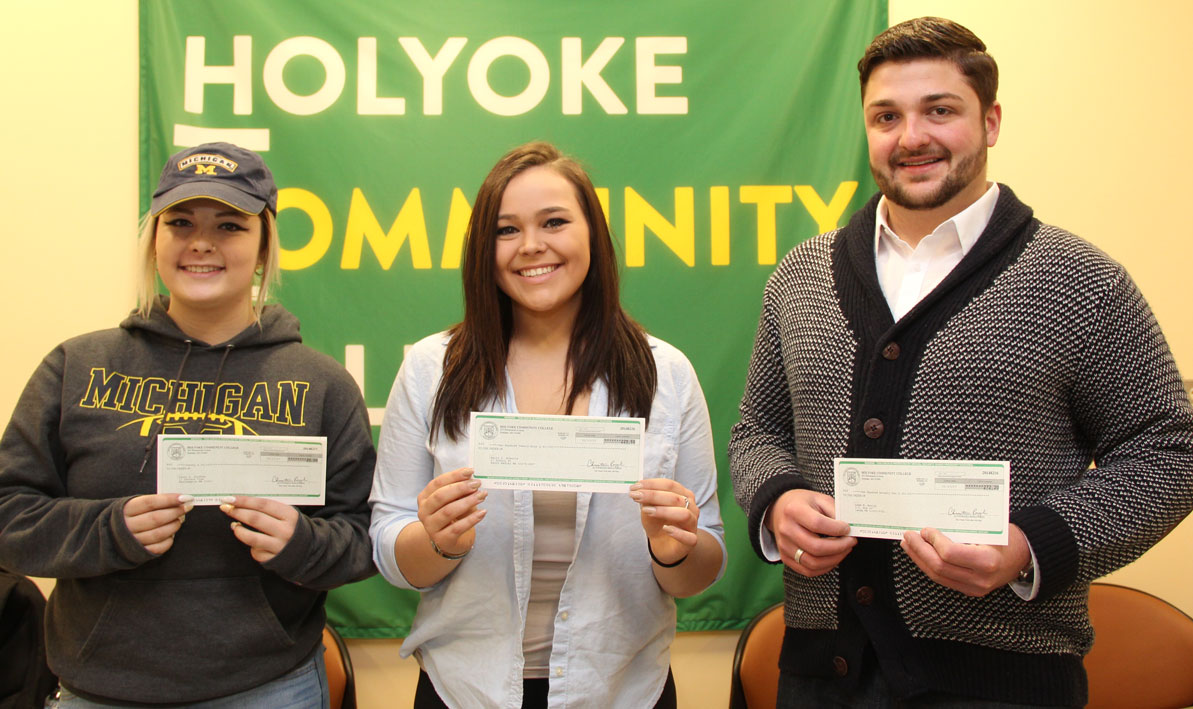 It took Nicholas Goncalves about two minutes last fall to sign up for the Commonwealth Commitment.

"That's $278 I didn't have before," said the 18-year-old liberal arts major from Ludlow. "It's definitely going to help out a lot."

Goncalves was one of five HCC students who received tuition rebate checks for their participation in the new program, which offers big savings and cash back to community college students who plan to transfer to one of the state's four-year public colleges or universities.

Goncalves intends to transfer to either the University of Massachusetts or Westfield State.

"I said, why not? It sounded like a great program," he said. "I knew if I stuck with it it would reward me in the end. I couldn't really say no to that."

By signing on to the Commonwealth Commitment, students agree to complete their associate degrees within 2½ years, transfer to one of Massachusetts' state colleges or universities, and complete their bachelor's degrees within two more years. They must maintain full-time, continuous enrollment and a cumulative GPA of 3.0. They must also sign up to participate before earning 15 credits (including developmental credits).

The other big benefit is a 10 percent cash rebate on tuition and fees participating students receive at the end of every semester. Broadbent hand-delivered the first Commonwealth Commitment rebate checks to Goncalves and the other students last week.

Emily Roberts, an 18-year-old psychology major from South Hadley, received a check for $229 that she said she'll put toward car insurance.

"It means a lot," she said. "It was a lot of positive reinforcement to keep studying."

Adam Bouley, a 21-year-old business administration major from West Springfield, said he will use his $272 rebate check to pay down some debt on his student loans, "so it's less money I have to pay back later."

"It definitely helps," he said. "It's a really great program."

While only eight HCC students have signed up for the Commonwealth Commitment so far, hundreds more could qualify, potentially saving thousands of dollars on the cost of a bachelor's degree.

"It ended up being one of the best things I ever did," said Devon Siefken, a psychology major from Easthampton who wants to transfer to UMass-Amherst.

Students like Siefken who transfer from HCC to UMass could wind up saving as much as $6,640.

More information about the Commonwealth Commitment, a list of eligible majors, and an application are available on the HCC web site.