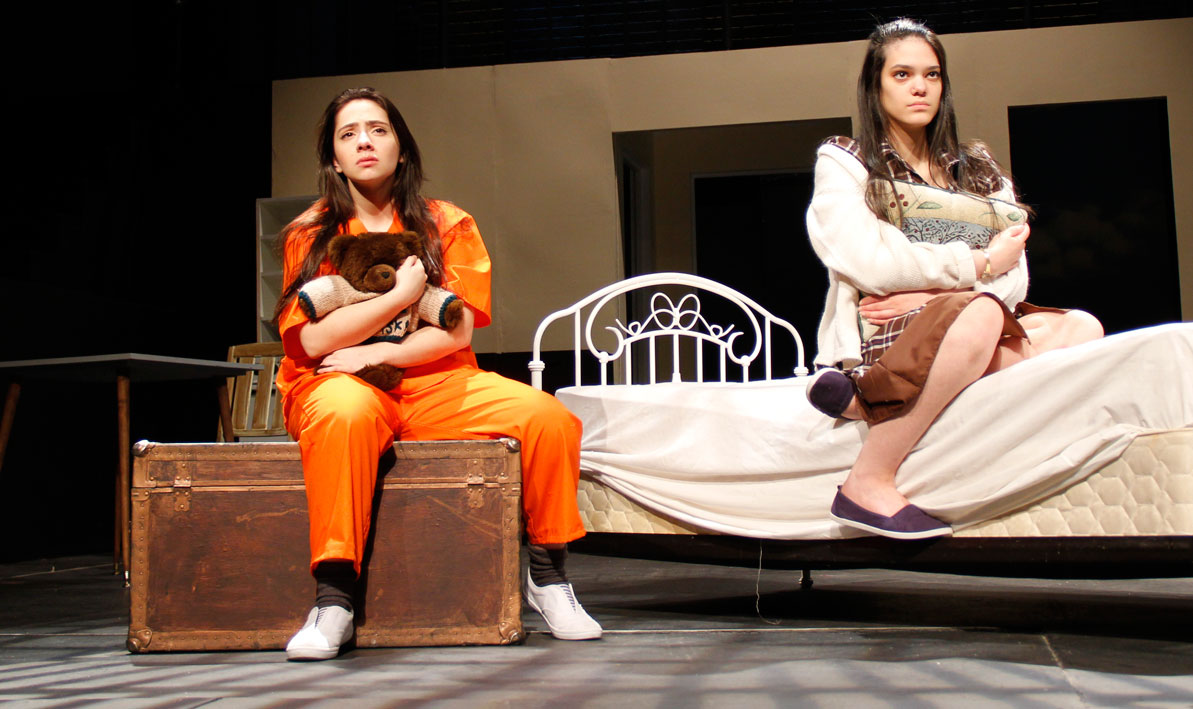 One play was a drama about an abused woman trying to rebuild her life after getting out of prison. The other was a comedic parable about the dangers of conformity.

HCC belongs to KCACTF Region I, which includes New York and all six New England states. Awards are based on the recommendations of respondents, who travel around the country to view college theater productions and offer critiques.

"This is a really nice recognition because we're in competition with four-year institutions, and it's a large region," said HCC theater professor Pat Sandoval, director of "Getting Out." "This is a real credit to our department because it shows that the students are working together to create a place and time, and it comes across that they are well rehearsed and ready to perform."

The awards were announced during the 2018 KCACTF Region I festival, held Jan. 30 to Feb. 4 at West Connecticut State University in Danbury, Conn. During the six-day festival, HCC students and theater department staff attended lectures and workshops and participated in theater-related activities and competitions.

HCC English professor Lisa Mahon and sociology professor Melissa Weise also received an award at the festival for "Dramaturgy," or historical accuracy. Mahon and Weise co-taught a course during the Spring 2017 semester about incarcerated women called "Orange is the New Black."

The research and background information the class gathered informed preparations of the cast and production team for "Getting Out," and statistics and other information from their course was displayed in the theater lobby during performances.

This is not the first time HCC has been honored at the festival. Last year, the college's Spring 2016 production of "The Whale," by Samuel B. Hunter, won the award for "Outstanding Dedication to the Script." That play was directed by HCC theater professor Tim Cochran, who also directed "Rhinoceros," and HCC students have received individual honors at past festivals for acting and stage managing.

"Our theater program consistently receives recognition at this event, which speaks to the quality and excellence of the curriculum and our faculty," said Monica Perez, HCC vice president of Academic Affairs.

The HCC Theater Department puts on two full stage productions each academic year, one every semester. In addition, HCC students take part the annual alumni-sponsored 24-Hour Theater Festival in September, a Festival of One-Act plays in the spring, and No Shame Theater, a periodic student-run event where students gather to write, rehearse and perform short plays in one evening.

This was the fourth time HCC student Jakub Bucior, of Suffield, Conn., has attended the festival. Bucker had both on-stage and off-stage roles in "Rhinoceros," serving as assistant director and playing the role of the "Logician" in Ionesco's social satire, where, one by one, the residents of one town literally turn into rampaging beasts.

This year at the festival Bucior focused on directing and playwriting.

"It was definitely fun," said Bucior, "It was a good experience. The workshops were amazing."

Auditions were held last week for "Enemy of the People," by Henrik Ibsen, the Theater Department's Spring 2018 production, directed by Tom Geha.

PHOTOS by CHRIS YURKO: (Above) Marissa Perez, right, of Florence, played the main character Arlene, a woman just out of prison in "Getting Out," while Carina Savoie, of Agawam, played Arlie, her younger self. (Thumbnail) A scene from HCC's Fall 2017 Theater Department production of "Rhinoceros," directed by Tim Cochran.