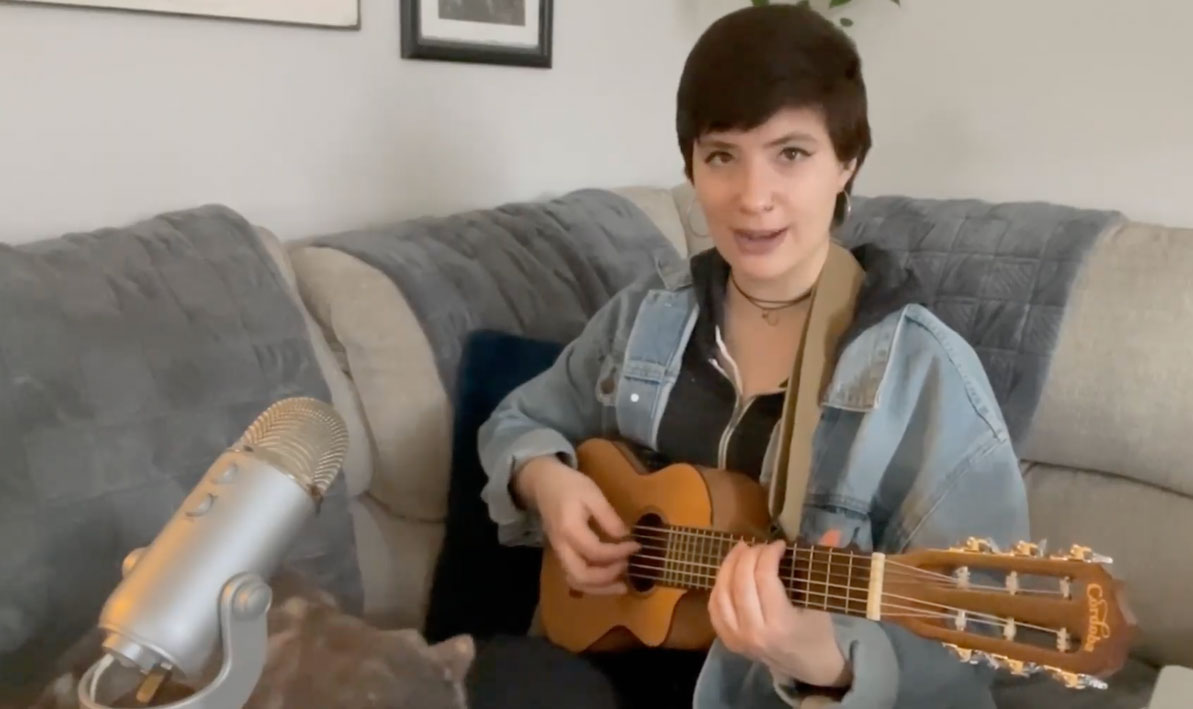 HCC earned a total of six awards for two 2021 productions: four for "In These Times," an original work presented remotely that recounts the experiences of students during the COVID-19 pandemic; and two for "Jesus Hopped the A Train," a traditional stage play set in the Rikers Island prison.

HCC belongs to KCACTF Region I, whose festival was held virtually in January. KCACTF Region I includes colleges and universities in northern New York and all six New England states. Awards are based on the recommendations of respondents, who travel around the country to view college theater productions and offer critiques.

This year, three HCC students were honored in the category of Playwriting for their contributions to "In These Times," Nicole Couture of Southampton for "Apollo," a story about adopting an ailing shelter dog; Andre Rodrigues of Ludlow for "Racially Profiled," a piece about his interactions with black and white police officers; and Alia Alabsi of Northampton, a 2021 HCC graduate now at Smith College, for her poem "Capacity to Prevail."

"We're very pleased to have student work recognized by the Kennedy Center," said HCC theater professor Pat Sandoval, who conceived of and directed "In These Times," which was presented in spring 2021. "It's an incredible accomplishment for HCC students to receive awards for playwriting."

For "In These Times," Sandoval asked students from all areas of the college to write first-person accounts of their lives during the pandemic. She auditioned students and theater alumni to perform those stories, and complemented the monologues with music and art contributed by other members of the HCC community. The cast included 18 actors performing 40 different monologues during the 90-minute online show. Eight student and alumni musicians pre-recorded performances, including original music. More than 40 students and alumni contributed art that was displayed between the monologues and music.

Sandoval said it was particularly meaningful that HCC's Theater, Music, and Visual Art departments garnered a Kennedy Center award for Collaboration for their work on "In These Times."

"It's very special and exciting to be celebrated for collaboration," said Sandoval. "I really have to thank Felice Caivano (Visual Arts department chair) and Elissa Brill Pashkin (Music department chair) for agreeing to work on this together. It could have just been an evening of presentations, but it wasn't. We had to collaborate to make it a cohesive piece of storytelling, and it all worked."

Two HCC students, Julio Colon of Springfield, and Madison Robitaille of Thorndike, received awards for Stage Management for their work on the fall 2021 production of "Jesus Hopped the A Train," a play by Stephen Adly Guirgis, was directed by HCC theater alum Axel Cruz.

The HCC Theater Department has now won 18 KCACTF awards over the past decade for individual acting, ensemble acting, dedication to a script, stage managing, best original music, playwriting, and collaboration.

PHOTO: HCC music alum Luci Mino '18 performs "When," an original song she wrote for the college's spring 2021 production of "In These Times," which received a award for Collaboration at the 2022 Region I Kennedy Center American College Theater Festival.