The Lady Cougars will play for their sixth straight New England championship Sunday at 1 p.m. at home on O'Connell Field. 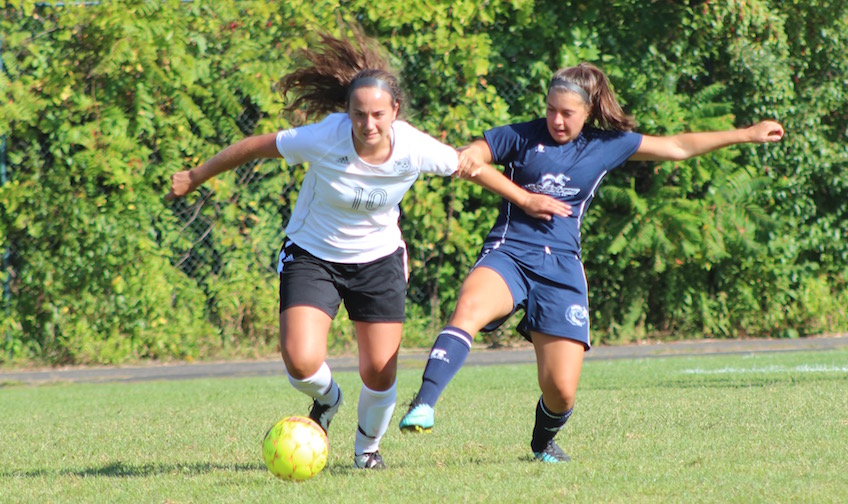 Undefeated in regional play with an 8-0-0 record, the Lady Cougars earned the number one seed in the title tournament. They will take on the winner of today's semi-final game between number two seed Springfield Technical Community College (5-2-1) and number three seed Massasoit Community College (4-3-1).

HCC was undefeated against both teams this season, shutting out STCC two times (4-0 and 5-0) and beating Massasoit twice (1-0 and 3-1).

PHOTO: (Above) Sophomore Emma Gomes controls the ball as she shields off a defender in an early season game. (Thumbnail) Cassidy Snyder moves to a loose ball during a road win against STCC.