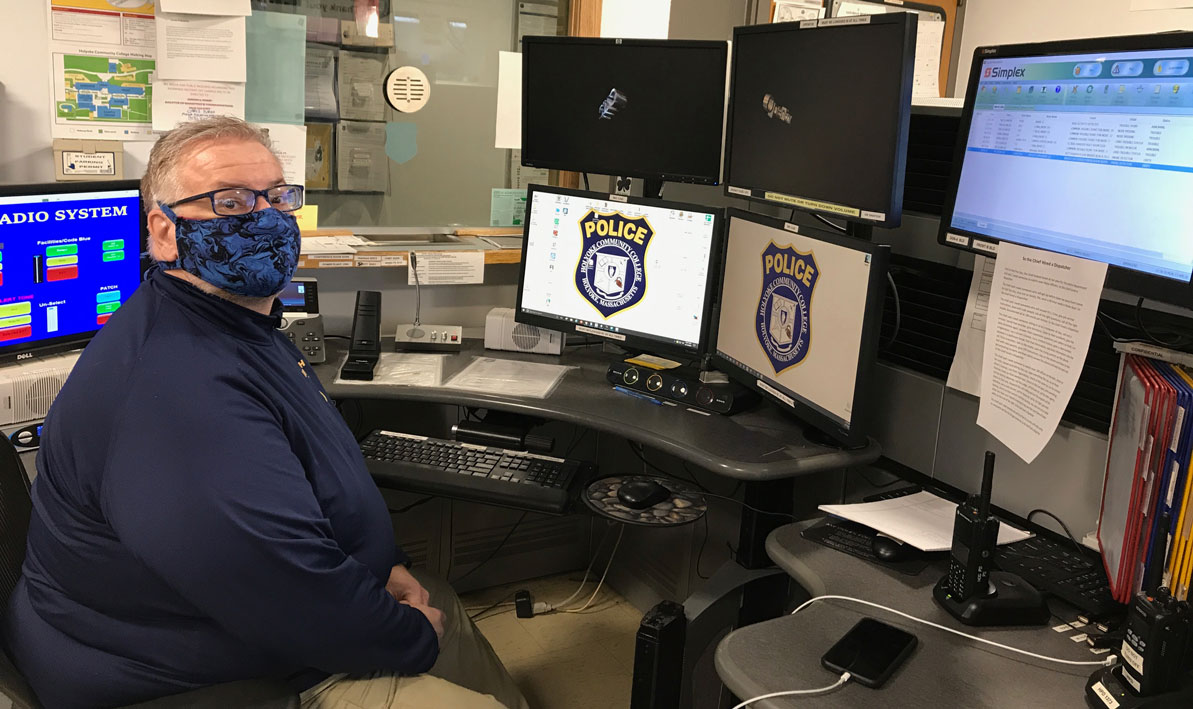 "Public safety telecommunicators – 911 operators and dispatchers –- are really the unseen 'first, first responders," said HCC police chief Laura Lefebvre. "They are the first point of contact during emergencies and often go unrecognized. Commemorating this week is usually something that is done by the whole department, and food is central to the celebrations. Unfortunately, due to the COVID-19 restrictions, our dispatchers, like many across the nation, are more isolated than ever from the rest of the department and ours are no exception. They can't work remotely, so they are still showing up work every day."

Telecommunicators week is sponsored by the Association of Public-Safety Communications Officials International and celebrated annually during the second full week of April.

In keeping with military and first-responder tradition, each of HCC's three full-time and six part-time dispatchers will be receiving commemorative coins to mark the occasion. One side of the coin features an American flag and the words "Emergency Communications." The other side says "9-1-1- Strong: Honor. Pride. Service. Integrity."

"Even in the best of times, dispatchers don't get enough recognition because most of their work is behind the scenes," Lefebvre said. "To most people they are just voices on the phone or radio, but they are essential, and I want the community to know that."

The department also hung a banner in the station that says, "First 1st Responders, Thank You."

Instead of sharing food, Lefebvre said she has delivered "some healthy and some not so healthy" treats to the HCC dispatchers, a lot of virtual "thank you" and letters of recognition and appreciation to community dispatch centers that support the college, including Holyoke Police Dispatch, Holyoke Fire/AMR, and Mass. State Police Northampton Control, and also delivered bags of food.

"I want to not only thank the telecommunications professionals who serve the HCC community but also extend my appreciation during this time of national emergency to all of our law enforcement partners in the area who answer their phones and radios in times of need," she said. "Thank you for your dedicated service."